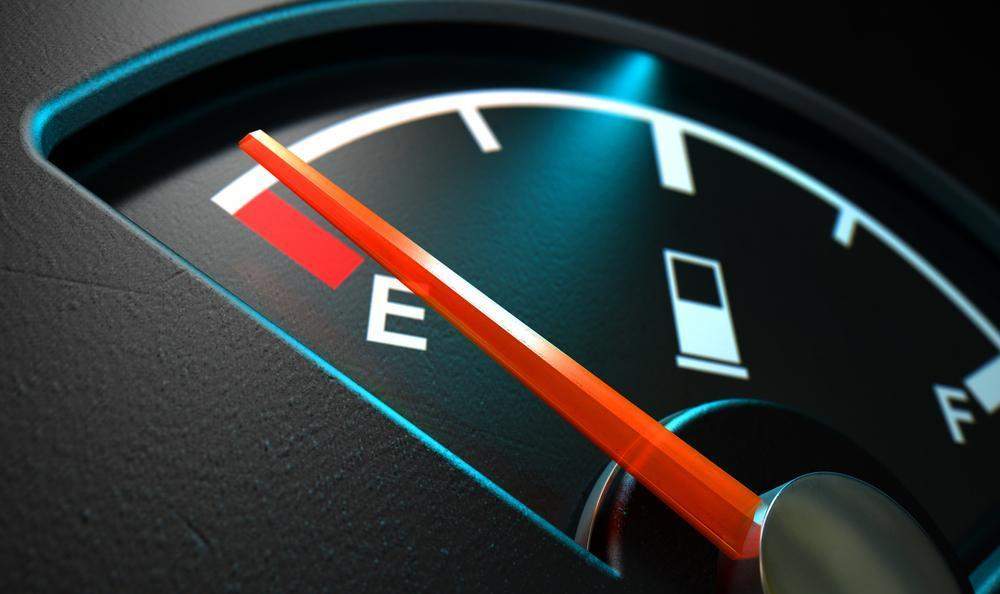 (PatriotHQ) Has your car ever run out of gas? What do you do? Find the nearest gas station and fill it up, why? Because you got stuff to do, places to go and if there was an emergency you could drive you or your loved ones to the hospital.

But you have common sense, right? But not the Biden regime! They want to run America on empty, but why? Because of an evil plan to teach America a lesson?

Get a load of this. The Biden administration released 180 million barrels of oil from America’s emergency stockpile ahead of the 2022 midterm elections, ostensibly to try to control the skyrocketing price of gasoline at the pump, causing the reserve to plummet to its lowest levels since 1983.

The US Department of Energy has reportedly rejected multiple offers from producers in order to get a better deal on the purchase of three million barrels of sour crude oil for the Strategic Petroleum Reserve in February.

According to informed sources in the US business media, the offers the DoE has received thus far have been rejected due to prices being deemed too high, as well as failing to meet other requirements, which were not specified in any detail.

The failure to reach an agreement means the purchase will be delayed until an unspecified later date, according to a statement from the Energy Department.

“The Department of Energy only accepts bids meet the required crude specifications and are at a reasonable cost to taxpayers. “Following a review of the initial submission, the Department of Education will not make any award selections for the February delivery window,” the department announced on Friday.

Neither the DoE nor the media outlets provided any information on which producers submitted bids or the possible reasons, other than cost, why they were rejected.

A deadly strategy to say the least.

Washington’s strategy of deferring the purchase of crude oil to replenish its depleted reserves bears a passing resemblance to the disastrous policy adopted by European countries in the spring and summer of 2021 to gamble with their energy security by deferring the replenishment of underground natural gas storage reserves in the hope of a price drop later.

The price drop never materialized, and a surge in orders caused by pent-up demand resulted in a major supply crunch in the fall and winter of 2021, which was exacerbated through 2022 by shocks caused by the Ukraine crisis and Brussels’ rejection of Russian energy. The long-term impact of the US Energy Department’s strategy remains to be seen.

The US Strategic Petroleum Reserve (SPR), established in 1975 in the aftermath of the OPEC oil embargo, is America’s backup energy stockpile, designed to cushion the blow of any major domestic or global emergency results in a dramatic decline in oil production or imports.

In January 2022, the United States had 593 million barrels of sweet and sour crude oil in its emergency reserves, enough to last the country – which consumes about 20 million barrels of petroleum daily – approximately 30 days if production and imports were completely halted for any reason. President Biden announced a historic release of 180 million barrels of oil in March 2022, and the reserve had plummeted to 372 million barrels by December 30, enough for about 18-and-a-half days of import- and production-free consumption.

Biden’s critics were outraged not only by the release of the SPR, which they saw as a populist move designed to boost the Democratic Party’s chances in the 2022 midterm elections, but also by how it was handled. Republicans demanded in July the president be impeached and charged with crimes after it was revealed over five million barrels of oil released from the reserve had been shipped abroad to India, European countries, and at least 950,000 barrels to Sinopec, a Chinese energy giant in which Hunter Biden had invested.

After reaching a high of up to $120 per barrel for WTI crude in mid-June, oil prices began to fall this summer, with WTI currently trading for around $74 per barrel, Brent crude at $78.50, and Russia’s Urals blend at $49.

Taking all this in consideration it looks like the Biden Regime wants America to hit rock bottom in the crude oil world so he can then raise the price of oil domestically and thus teach Americans a cruel lesson on how dependent they are on crude this is why we must have a New Green Deal his Neo-Confederates will scream!

In other words, he will create an artificial shortage to demonstrate America’s oil dependence.

Pain and suffering are always a good teacher, but what if the American people catch on to his evil plan and rebel?

Could there be a J6 in every town, every Governor’s mansion and on every street?