Biden Is Addicted to Failure 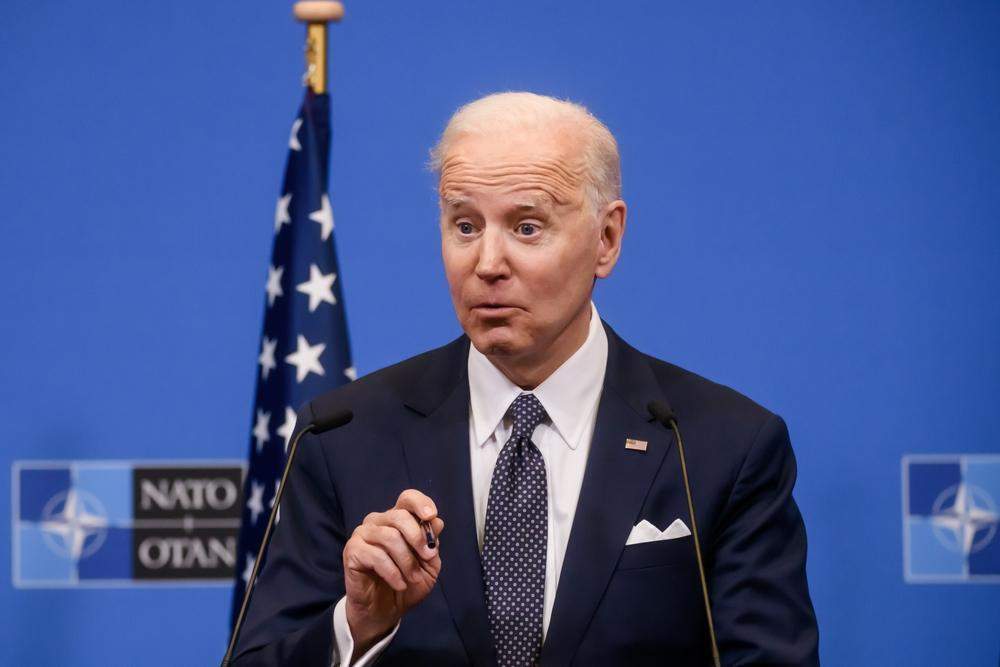 (PatriotHQ) Instead of fixing our economy Biden loves to blame the other guy (Republicans) for his failure, but seldom create a success to brag about. The American people, rather than being the beneficiaries of his misguided policies, are the ones who are suffering as a result.

It’s gotten to his head he can’t succeed.

Failure has caused him to become socially irresponsible and boastful, which is the truth.

When you learn the facts, you’ll see President Biden’s policies have been nothing but a failure, and things are only getting worse. However, if you listen to President Biden and his spokespeople, you’d think he was presiding over the greatest economy ever known to man.

Smoke and mirrors. As Joe Biden advocates for one of his policies, people should disregard his proclamations as nothing more than empty words because there is no evidence to support them.

News flash. As the majority of economists have predicted, we are on our way into a recession (if we are not already in one), as inflation continues its upward spiral, and as economic activity continues its downward trend, including workers’ real wages, despite the fact Biden and his administration do not appear to be planning on changing their policy anytime soon.

The old Tax and Spend is in their blood! Biden and his fellow Democrats continue to call for increased spending by the federal government, as if previous spending by the federal government had a positive impact on our economy. Biden and the Democrats want to keep spending like drunken sailors, despite the fact our national debt has now surpassed $30 trillion.

Be careful, when Biden advocates for his policies, it is important to disregard his proclamations as nothing more than empty words because they are not supported by any facts. Biden has been shown to have a pattern of lying and making things up in order to make himself look better in front of the audience he is attempting to impress. This pattern of behavior has been proven.

When Joe Biden became president, he immediately began rolling back many of the policies his predecessor, Donald Trump, had implemented. He canceled the Keystone pipeline, oil exploration in ANWR Alaska and on government lands, and the continuation of the construction of the southern border wall in an effort to thwart illegal immigration and the trafficking of dangerous drugs.

In addition, he declared a war on fossil fuels, and, in its place, a program of renewable energy as proposed in a “Green New Deal,” which is being pushed by radical environmentalists as well as the majority of members of the Democratic Party. He did this because he believes these two policies are incompatible with each other. It appeared as though Biden, motivated solely by a deep-seated hatred of Trump, wanted to rid the world of anything Trump was involved in, without giving any thought to whether or not Trump’s policies were beneficial to the country.

Failure Biden and the administration under his leadership will, regardless of the veracity of the facts, make every effort to present anything could be construed as a failure in a favorable light. He asserts he is responsible for the creation of millions of jobs, but a closer examination reveals the majority of the jobs he claims to have created where actually jobs had been lost as a result of the pandemic.

In point of fact, one of the largest employers, Amazon, revealed not long ago it will be terminating the employment of 18,000 workers due to the gloomy forecast for the economy.

However, just recently, the price of gas has reared its ugly head again, and there are prospects it will increase even more in the near future. He also claims the price of gas has decreased because of his policies, but he fails to mention he has raided oil from our strategic oil reserves (reserves meant for use in the event of a national emergency). He does this without mentioning the fact he has done so.

Regardless of what Biden and his cronies have to say about it, seventy percent of the American population believes our nation is headed in the wrong direction.

Get this. Biden takes great pride in the fact the inflation rate has been brought down from 7.1% to 6.5%; however, when Biden took office, the rate was 2.2% and was easily manageable under Trump. Is something Joe Biden should be proud of?

Rose-colored glasses never looked so good! Biden asserts he has a firm grasp on what is in the best interest of the American people, it would appear  he has an extra stock of “rose-colored glasses” stashed away in the White House. Regardless of what Vice President Biden and his cronies have to say, the results of the vast majority of polls show seventy percent of the American population believes our nation is headed in the wrong direction.

As a result, it is possible to draw the conclusion Biden’s head, or whatever is left of it, has been taken over by failure, and the people of the United States are the victims rather than the beneficiaries of his misguided policies.

It’s time for the Republicans to point out the failures of the Biden Regime and not back down! We’ll see if they have the intestinal fortitude (a.k.a. balls) to do it!