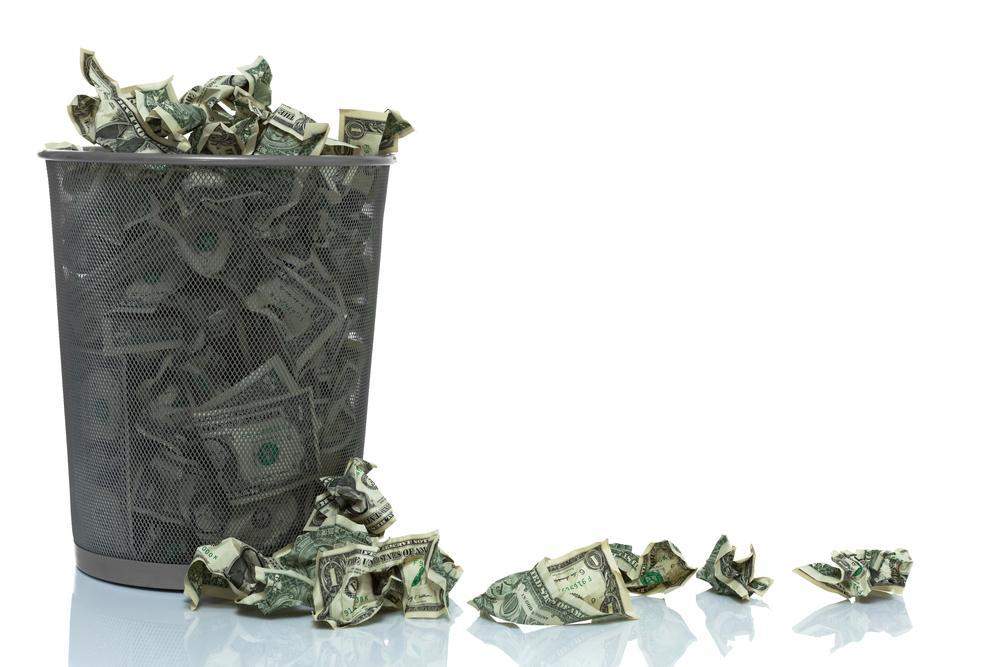 (PatriotHQ) It’s almost here! MALA is right around the corner! It is the dream of the liberal left which is about to come true!

NO, MALA isn’t a spice but a national poison.

Think this is a joke? The priorities of the Capitol Hill swamp are very different from what the American people want.

In the preamble to the U.S. Constitution, our Founding Fathers wrote “We the People of the United States” made the Constitution, which is the most important part of our government. It wasn’t “We the Politicians” or “We the Bureaucrats,” which was clear.

Our federal government has completely given up on “We the People.” It was never more obvious than when the omnibus spending bill, which cost $1.7 trillion and was a horrible sight to behold, was passed.

Even though a record number of people are coming across our southern border, the bill doesn’t give Immigration and Customs Enforcement (ICE) any more money “to account for inflation.”

Even though the bill spends $800 billion on things other than defense, there isn’t enough money to hire more border patrol agents. Even though a record number of people crossed our southern border, the bill did not increase spending on Immigration and Customs Enforcement (ICE) “to account for inflation.” It also put limits on ICE’s ability to work with local and state law enforcement agencies.

Since our politicians didn’t care about protecting our borders, the law gives $410 million to Jordan, Lebanon, Egypt, Tunisia, and Oman to protect theirs. Once again, the needs of people in other countries came before the safety of people in the United States.

The bill paid for a lot of progressive pipe dreams in a big way. For example, it gave the Internal Revenue Service (IRS) $12.3 billion, even though it just got $80 billion from the Inflation Reduction Act. It also gave the Environmental Protection Agency (EPA) $10.14 billion, $2 billion for “climate and environmental programs,” and $3.4 billion for “renewable energy programs.”

The bill named a new federal building after outgoing House Speaker Nancy Pelosi (D-CA). It also gave $3.6 million for a “Michelle Obama Trail Project,” $575 million for U.N. family planning programs, $3.5 million for a congressional office of “diversity and inclusion,” and money for LGBTQ+ projects in California, Ohio, and New York.

Even though this bill didn’t do anything to help average American families, it did give the Biden White House a 19.5% increase in funding to run their offices.

It would be a huge understatement to say this bill is awful. Still, it was passed with the help of 9 Republicans in the House and 18 Republicans in the Senate. Most of these fake conservatives back Biden, and many of them voted for the most important laws passed in the last two years.

Senate Minority Leader Mitch McConnell (R-KY) was so happy about the bill he was almost giddy. He was especially happy it gave Ukraine an extra $45 billion in aid. This brought the total amount of help from the US since the start of the war to over $100 billion. McConnell says, “Most Republicans agree right now, helping the Ukrainians beat the Russians is the top priority for the United States.”

Really? Did McConnell poll Republicans to find out what their “top priority” was? McConnell is so rooted in the D.C. beltway and in favor of getting more involved in the Ukraine war he hasn’t bothered to ask, “most Republicans.”

If he talked to Republicans, he would find they strongly disagreed with his silly claim. A recent poll by Marquette University found 58% of Republicans wanted the U.S. military aid to Ukraine to be cut sharply. A new poll found only 33% of Republicans want to help the Ukrainians for “a long time.” In polls taken in July and March, the number of people who agreed with giving money to the military went down.

McConnell and the other Republicans at the top of their party don’t like the people at the bottom.

McConnell and the other Republicans in the establishment clearly don’t like the people at the bottom of their party. They voted for a big bill cut funding for border security. In a survey done by Marquette University, 94% of Republicans said they wanted more “efforts to stop illegal immigration along the southern border.” This is very different from the results of the Marquette University survey, which showed improving border security was the most important issue for Republicans.

Lucky for us, there are a few Republicans who listen to the people. Trump, who used to be president, called the bill a “complete and total disaster.” Paul Gosar, a Republican from Arizona, said, “In all my travels across Arizona, not a single one of my constituents has told me protecting Ukraine should be our top priority. “Nobody.” U.S. Congressman Warren Davidson (R-OH) agreed with this point of view. He said, “It would be great if America’s leaders paid more attention to America’s borders than to Ukraine’s.”

The priorities of the Capitol Hill swamp are very different from what the American people want.

The law was also bad because it was rushed through Congress at the end of the “lame duck” session. No one in Congress read all 4,155 pages of the pork-filled bill because they were too busy making plans for their trips back home. “Irresponsibly passing a bill you don’t know what’s in it is NOT the answer,” said U.S. Senator Rick Scott (R-FL).

As the recent Twitter file leaks have shown, major government agencies have been working around the clock to censor ideas go against federal government policies. It has been shown the FBI and CIA put pressure on Twitter to remove social media posts with different opinions about the 2020 election, the Hunter Biden laptop, COVID-19, and the war in Ukraine.

This kind of behavior is so upsetting it should be against the law. Our country will not be able to stay a constitutional republic as long as government bureaucrats and politicians try to stop the media from reporting what “We the People” want.

As the Declaration of Independence says so well, governments are only right when they “derive their just powers from the consent of the governed.” If not, “the people have the right to change or get rid of it.”

It’s time for “We the People” to have a government puts our needs before those of other countries or corrupt politicians.

But the real issue is there is power in Making America Last Again because We the People will be so broke and broken, we can’t fight back. We lost our will to resist and in turn rely on the government for the bread in our mouths and the water in our cups.

This is when the Liberal left can celebrate true democracy by saying:  “It is unanimous, America in one voice said: “We Quit””