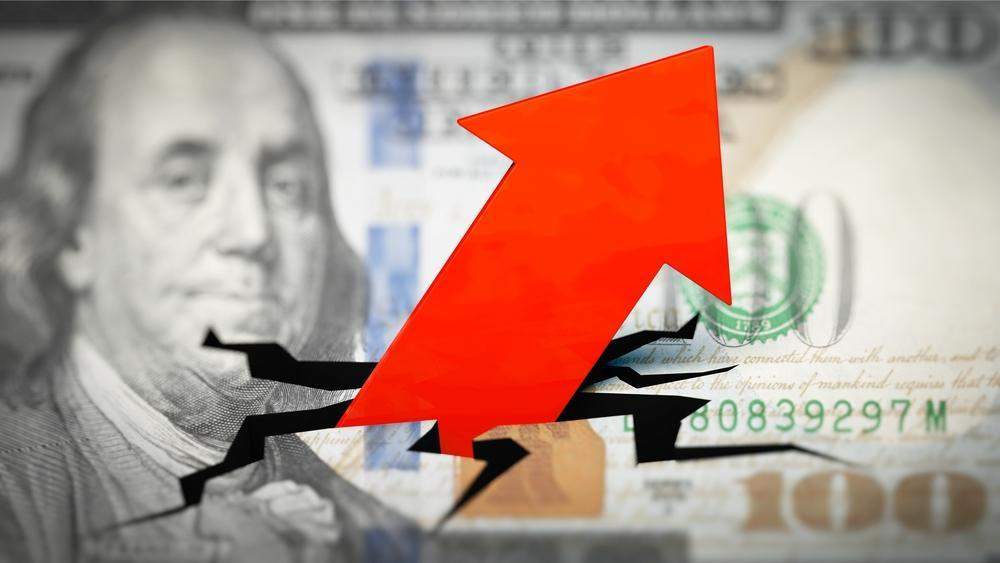 (PatriotHQ) Insane government money printing and forced low interest has cause a financial abscess in America’s economy and now it is starting to pop!

The Federal Reserve lowered interest rates to zero and kept them there for years. It also did three rounds of quantitative easing, which put trillions of dollars in the economy by printing new money. In 2018, the Fed tried to “normalize” monetary policy by raising interest rates and reducing the size of its balance sheet. However, when the bubbles created by a decade of easy money started to pop, the Fed gave up on this plan.

The pandemic gave the Fed an excuse to cut interest rates again and do more quantitative easing. In less than two years, the central bank added nearly $5 trillion to its balance sheet and flooded the economy with more money came out of thin air.

2008 was a disaster and thousands lost their homes, business went out of business and financial woes because infectious on an international scale

Now, the Fed is trying to stop price inflation, but may not happen. Like a runaway train it can’t be stopped overnight!

The fat-cat era of printing money and keeping interest rates low in the U.S., which began in 2008, led to all kinds of things. The easy money kept going and going, and all this money needed a place to go. In 2020 and 2021, money printing went crazy. And the things came from it just kept getting bigger and more crazy. A lot of this stuff is now falling apart or being taken apart in a controlled way, and some of it has already exploded in a messy way.”

The real estate market is a good place to see how things are falling apart because it is one of the most sensitive parts of the economy to changes in interest rates. During the Fed-caused boom, home prices rose by 50–60% in some markets. Before the pandemic, prices had already gone up a lot. Now, though, the bubble is losing air. Ten months in a row, sales of already-built homes have gone down. Year over year, sales of existing homes have dropped by 35.4%.

Home prices are also starting to go down, especially in the markets with the biggest bubbles. In November, the median price of a house in San Francisco was 21% lower than it was a year earlier and 27% lower than it was in May, when it was at its highest.

Many are saying, there has been a sea change in the real estate market, and it doesn’t look good. But the financial abscess was so big and it was primarily because the fed just kept printing money and tried to keep interest rates low, it has to get messy when it bursts.

A year ago, there were $3 trillion worth of cryptos on the market. Since then, though, the sector has been falling rapidly. When the Fed started raising interest rates and reducing the size of its balance sheet, everything just went off the rails.

Bitcoin’s price has dropped by about 73%. During the craze, hundreds of new cryptocurrencies were made, but many of them are now worthless and have been left to die. Big companies were built on crypto are going out of business.

Crypto was the magnet which attracted money-printing liquidity went. Now desperate measure were done to drain the financial abscess but the whole system has started to fall apart.

The stock market was the most public place where a bubble burst. Over the last ten years and more, there have been a lot of strange IPOs. Stocks of companies lost money went through the roof. All of the main stock market indices went up to all-time highs. This stock market boom was based on “fundamentals” like easy money and a lot of people betting on stocks.

Since the Fed has changed to a tighter monetary policy, the stock market is losing steam. Some of the most risky stocks have lost 70, 80, or even 90% of their value. The tech-heavy NASDAQ has lost more than 34% of its value since its peak. Simple, too much money, low interest rates created an artificially low and boom, the financial abscess started to balloon!

And now QT and rising interest rates are making the whole thing fall apart. It will take a few years because there is still so much money floating around and people are still wheeling and dealing which only adds more volume to the growing problem!

Lets not forget the war on oil which has reverberated into lower stock prices and loss of equity.

Easy money is the only way to get the bubbles going again, but this will cause the financial abscess to grow, and grow and grow!

So, how does the financial abscess stop? By increasing oil production, reduce imports and rebuild the infrastructure of American business.

OBTW – maybe the US should stop giving away billion upon tens of billion to foreign wars and plow it back into the economy for small businesses, farm subsidies and stop importing foreign works which undercut the middle class.