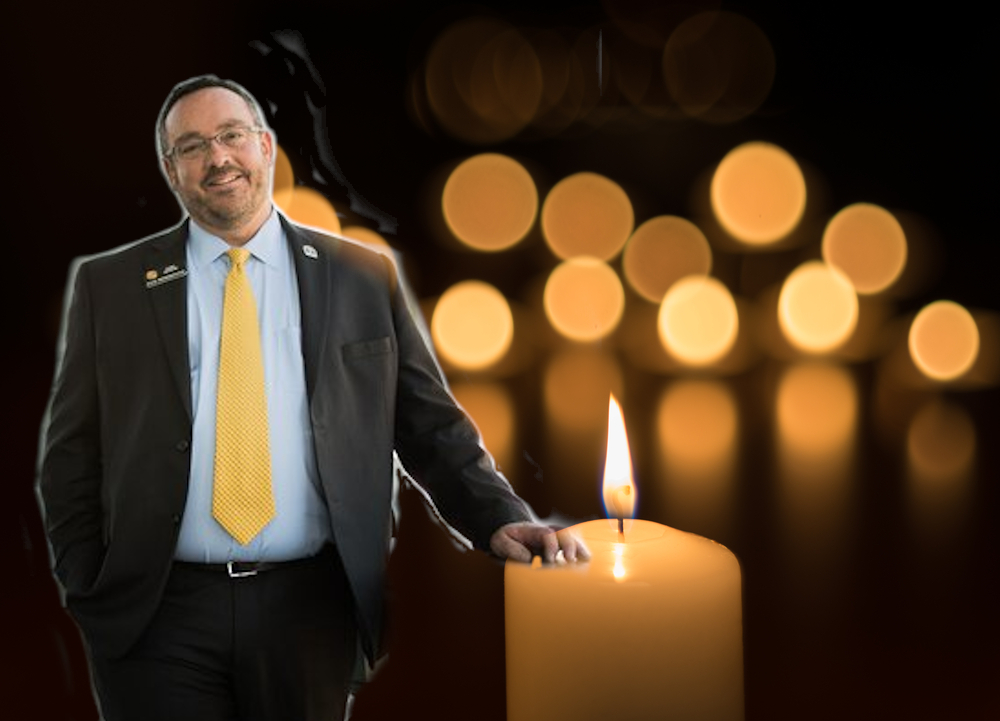 (PatriotHQ) – Colorado House Minority Leader Hugh McKean, who has a well-earned reputation for being a warm, kind-hearted person who worked diligently to try and create a legislative consensus at the state Capitol has passed away. He just turned 55 on Oct. 27.

The Colorado Houses Republican Caucus confirmed McKean’s death, on Sunday. The caucus’ deputy chief of staff, Roger Hudson, revealed that he had been found dead Sunday morning after complaining the previous day of not feeling well.

According to The Colorado Sun, “The Larimer County Coroner’s Office said McKean died of an acute myocardial infarction, colloquially known as a heart attack. The manner of death, after a forensic autopsy, was listed as natural causes.”

“Hugh McKean was an amazing man,” Nicole Packwood-Means, a legislative analyst for the Colorado House GOP caucus, posted on Twitter. “He cared for every person he encountered, including his whole staff. Not a day went by when he wasn’t smiling and making the day better for the people around him.”

“First elected to the legislature in 2016, McKean spent the past two years doing the incredibly difficult work of trying to repair a very fractured House GOP caucus that was split between hardline conservatives and Republicans who wanted to find a way to win back a majority in the chamber by wooing over the state’s Democratic-leaning electorate,” Jesse Paul and Sandra Fish wrote.

Much of the work done by McKean earned the ire of more hard-lined conservatives. In June, he won a very contentious primary against fellow GOP member Austin Hein, a former House staffer who previously worked for McKean’s predecessor, former House Minority Leader Patrick Nevill, along with Rocky Mountain Gun Owners.

“Neville stepped down as House minority leader in 2020 when it became clear he wouldn’t be selected again by his caucus to lead them. Instead, House Republicans chose McKean as their leader, but some of Neville’s allies continued to battle with McKean over the direction of the caucus,” Fish said.

McKean, who had two grown children, was known as a bridge-builder who worked tirelessly to try and find ways to influence Democratic Party policy, even when the Republican Party remained in the minority.

Hudson also said that McKean was a very busy man as he attempted to build House GOP ranks in the midterm elections that just passed. He was also working on a policy platform for the upcoming 2023 legislative session and building a new house.

“He was doing all these things at the exact same time, so I expressed some concern,” Hudson stated. “Hugh was — I hate using the past tense — had the most wicked sense of humor. If there was a way to take a bad situation and make it dark humor, Hugh found it. It made everybody just find the light in everything. I adored this man. His loss is something I can’t even quantify for you.”

“Hugh was fiercely passionate about two things in his extraordinary life: serving the great state of Colorado and spending time with his family, whom he adored — Aiden McKean, 21, Hanna McKean, 23, and his dearest partner and friend, Amy Parks,” the House GOP Caucus’ statement read.

“Whenever I saw him or spoke to him, he had an encouraging word and was ready to lift others up,” Colorado Republican Party Chairwoman Kristi Brown commented in a statement. “Whenever I think of Hugh McKean, I’ll think of his smile and his positive outlook on life.”

Even Democrats were sad to hear of the loss of McKean, which given the hostile political climate we are in right now, is really a testament to his personal character.

“We will miss his kindness, the joy that he brought to the capitol every day, and the care that he showed every person he ever met,” House Speaker Alec Garnett, D-Denver, remarked about McKean. “Hugh was the very definition of a statesman — a genuinely nice guy who always wanted the best for our state and his constituents. His integrity and the deep respect with which he treated every member of the House were a model for every lawmaker he worked with. The thoughts and prayers of the entire Democratic Caucus are with Leader McKean’s family and loved ones.”

State Rep. Brianna Titone, also a Democrat, said she would miss his kindness, humor and “his smiles.”

“Although we didn’t always agree politically, he was always a respectful, fair legislator who often crossed the aisle,” she wrote in a tweet.

“McKean was unopposed in the general election. That means a vacancy committee made up of Republicans in his Loveland-based House District 51 will select his replacement,” Fish reported.

“I am devastated to hear of Minority Leader Hugh McKean’s sudden passing,” Polis remarked in a written statement. “A family man and a true public servant, Minority Leader McKean had a knack for making everyone feel like they were the most important person in the room. Minority Leader McKean cared deeply for his constituents, always had time for a conversation or a laugh, and truly worked every day to build a better future for every Coloradan. As a dad myself, I can’t imagine the pain his children and family are feeling at this difficult time. We are sending thoughts and prayers to all of Hugh’s loved ones and take comfort knowing his legacy will be felt in Colorado for years to come.”

PrevPreviousShocking: Death rates are up 40% over what they were pre-pandemic
NextKeep Time This Way You’re A RacistNext