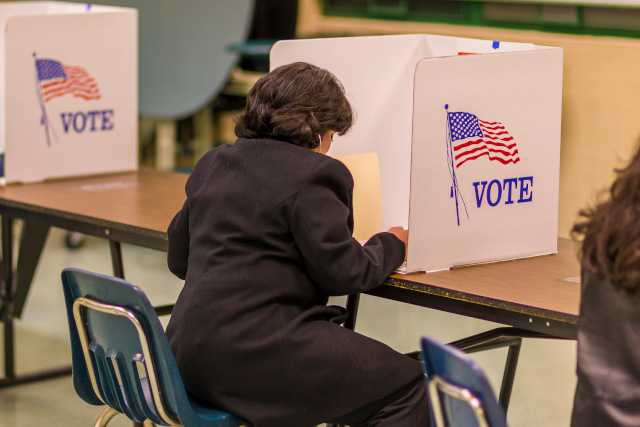 Election officials in the state of Pennsylvania, which is a state that has drawn a whole lot of media attention due to the fact that there are high stakes in the midterms concerning control of the Senate, faced a number of issues with voting machines Tuesday morning due to, of all things, a paper shortage.

I guess they should’ve dropped Dunder Mifflin and bought their paper products from the Michael Scott Paper Company. In all seriousness, how do things like this happen? How are Americans not supposed to view something like this through suspicious eyes given the shenanigans that took place during the 2020 presidential election? It’s stuff like this that gives folks trust issues.

Local news outlet WNEP-TV said, “voters in Luzerne County told the outlet that some of the voting machines had run out of paper. As a result, those voters were reportedly instructed to fill out provisional ballots while election officials drove to nearby areas to retrieve extra voting machine paper.”

Chatter about the paper shortage in Pennsylvania quickly made its way across social media, with several individuals posting that the issues were happening in impactful areas of the state. Big shock, right? Problems just happened to pop up in the most important spots in the state? Does the left really think we won’t notice?

Voters in Harveys Lake, #LuzerneCounty #PA waiting to cast their ballots. This polling place ran out of paper at 9:30am and voters had to vote by provisional ballot causing many questions and concerns among voters this #ElectionDay (THREAD) pic.twitter.com/Uio302HfDk

“Luzerne County, PA – one of the counties capable of swinging the Oz/Fetterman race – is running out of the special paper that is used by the voting machines. Poll workers at my district just shut down 4 of the 5 machines while I was there,” a user noted.

Luzerne County, PA – one of the counties capable of swinging the Oz/Fetterman race – is running out of the special paper that is used by the voting machines. Poll workers at my district just shut down 4 of the 5 machines while I was there.

“Tuesday afternoon, after word of the low-paper issue, which also reportedly happened in Dorrance Township and Dallas Township, a Luzerne County judge extended the voting deadline by an extra hour. As of that ruling, voters in the county will have until 10:00 p.m. Eastern to cast their votes,” the Western Journal said.

Instructions were also given to voters that might have been turned away by the paper problems.

Polling locations in some precincts across Luzerne County have had voting machine issues and paper shortages.

By court orders, polls will now remain open until 10 PM.

If you were turned away earlier, please come in this evening and vote! #PA08

WNEP-TV made it a point to stress that, “Voters who had to cast a provisional ballot should not be concerned about their vote counting, including those who used computer paper.”

“I think that’s ridiculous,” one voter remarked during a chat with the outlet. “Especially since it’s open until 8:00 p.m. tonight? And they still can’t find any paper? So nowhere to find paper. Good.”

Acting Deputy Director of Elections Emily Cook went on to say that she thinks that the high voter turnout, along with what she called a “perfect storm of factors” combined to cause the paper issue.

“The Pennsylvania paper issue came at the same time a potentially disruptive situation unfolded in Maricopa County, Arizona, where major problems with its voting machines were reported,” the Western Journal stated.

The report went on to explain that, “According to KUTP-DT, Maricopa County officials reported problems in approximately 20 percent of the county’s polling sites. The primary issue seemed to be a problem with the tabulation machines misreading information. The timing couldn’t have been worse, as the issues began early Tuesday morning amid unprecedented voter turnout.”

“This is incompetency. I hope it’s not malice.” pic.twitter.com/LB5l1JU67v

Michael Austin, writing for The Western Journal, also revealed that there were issues with voting machines in Mercer County, New Jersey, which prevented them from properly counting ballots.

“According to the New Jersey Globe, voting machines spread throughout the county are facing a ‘programming glitch’ as voters look to cast their ballots for New Jersey’s midterm races,” Austin commented.

It’s important to keep in mind that New Jersey is a key state in the midterm elections. The Globe has stated that the machine malfunctions did not have any effect on the outcome of the election.

“…[N]o voters are being turned away, and machine votes are still being cast,” the outlet stated.

The errors with these machines have to do with “optical scanners.” Apparently the devices scan every single ballot to ensure they are properly counted. Yet, despite all of these promises that none of these errors will have an impact on things, programmers from Dominion Voting Systems showed up on the scene to repair the issue.

Paula Sollami Covello, Mercer County Clerk, stated that votes are still being counted, despite the machine issues, though they are being counted by hand.

“There is a slot on the top of the scanner, and voters can vote and are voting manually,” Covello explained. “We are asking poll workers to use the official ballots because they can still vote them manually and place them in the slot in the scanning machines, and we will count them manually.”