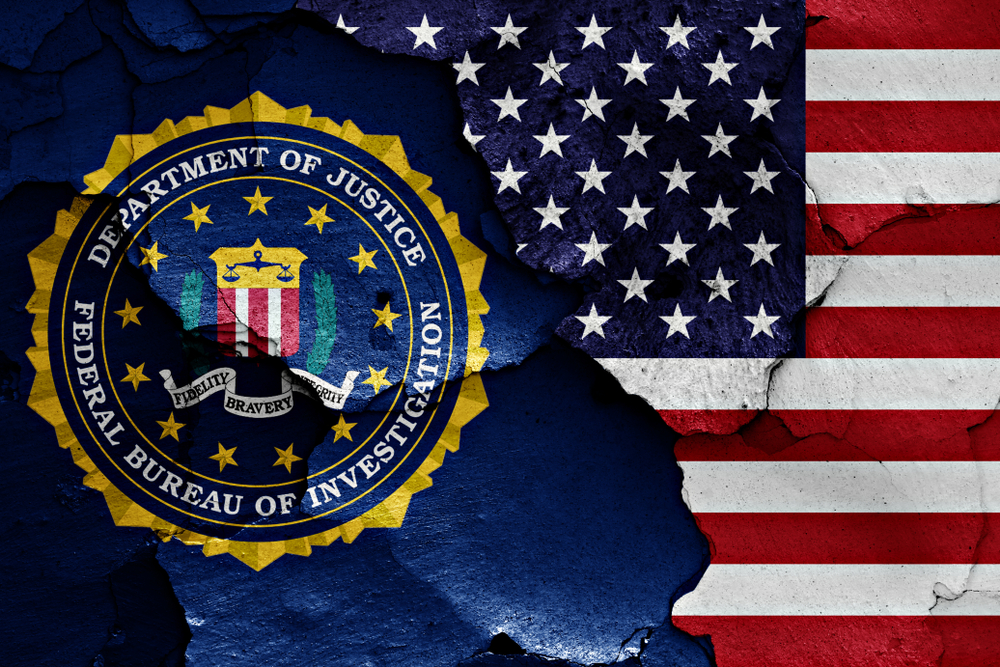 Once upon a time, the Federal Bureau of Investigation made the claim they did not possess any records related to the strange circumstances surrounding the murder of Seth Rich, a young staffer who worked for the Democratic National Committee. Well, now, according to a piece written by former Arkansas governor Mike Huckabee, the same agency that doesn’t have any of these records is now asking for a federal court order to have them sealed for 66 years.

But wait. I thought they said they didn’t have any records concerning Seth Rich’s murder? How can they request to have files sealed for over six decades if they don’t exist? Looks like the FBI is up to some shenanigans again. Not only have they raided Trump’s home in what is seemingly a political attack designed to try and take him out the 2024 election, they are apparently trying to prevent any sort of information related to the untimely death of Seth Rich from seeing the light of day.

What is it they are trying to hide?

Huckabee went on to write about the controversial murder case, saying, “Recall that Seth Rich was the young staffer for the Democratic National Committee who was murdered on a Washington DC street as he walked home in the early morning on July 10, 2016, in what was said to be a botched robbery. Rich was shot in the back twice and apparently left for dead; his wallet, phone, and other valuables were not taken; and, as far as has been made public, there were no witnesses to the shooting. He died at the hospital.”

He added, “After the homicide, there was, as described by the news outlet SLAY, ‘a vacuum of information’ that continues to this day, along with an active suppression of reporting on Rich’s case. Since his shooting occurred soon after then-DNC chair John Podesta’s emails — quite damaging to the DNC and Hillary — were leaked to WikiLeaks, there was speculation that Rich, reportedly a Bernie Sanders supporter, might’ve been the real source of those leaks. Gee, it might not have been a Russian hack at all; we certainly have never seen proof that it was. Didn’t matter; the ‘Russian DNC hack’ narrative was the wellspring for the whole Russia Hoax. Take away the ‘Russian hack,’ and it all falls apart.”

The former GOP presidential candidate also pointed out that if the Justice Department is so concerned about this “crazy conspiracy theory,” the best way to shoot it down would be to release the documentation they have about Rich and that would be the end of it. If this whole thing really was just a botched robbery, these files should provide all of the information needed to prove it. Robberies and murders happen all the time in our nation’s capital.

But, as Huckabee asserted, this isn’t the way the FBI is treating the case or the requests being made for information.

“But that’s not the way the FBI is reacting to requests for information. They want a court to reverse an order to comply or, failing that, to have the information sealed for 66 years. The FBI made this latest filing in response to a court order made September 29 by U.S. District Judge Amos L. Mazzant for the Eastern District of Texas that it ‘produce the information it possesses related to Seth Rich’s laptop” in response to a Freedom of Information Act (FOIA) lawsuit. Mazzant gave them 14 days; that deadline passed on October 13,” Huckabee wrote.

The question that is now burning a hole through everyone’s mind is what in the world is the FBI withholding in these files? They have, currently in their possession, three reports from CrowdStrike that date from 2016 concerning the alleged “Russian hack” on the DNC servers. CrowdStrike never actually turned over copies of the DNC hard drives to the FBI and strangely, the bureau did not press them to do so, opting instead to just go with the report directly from CrowdStrike.

As was reported in a story by The Epoch Times, “The FBI’s assertion that the privacy interest Rich’s family members hold outweighed the public interest was rejected by Mazzant, who noted the Bureau cited no relevant case law supporting the argument.”

“Previous rulings in other cases have found that loved ones of dead people have a substantial privacy interest in preventing the disclosures of autopsies, death scene photographs, and other materials from a person’s final moments, but those considerations don’t apply in this case, Judge Mazzant said,” Huckabee explained.

Does a dead person have the right to privacy? No. They don’t. But boy, it sure is really nice of the FBI to worry so much about Rich’s family’s privacy, isn’t it? Very considerate.

Remember when Special Counsel Robert Mueller, the guy hired by Democrats to go on a witch hunt against former President Donald Trump to prove that he colluded with Russia to sway the outcome of the 2016 election, a theory which has been debunked over and over again, came to the conclusion that the Russian government was who was responsible for the release of the DNC emails online, saying “Seth Rich played no role in this scheme?”

He apparently determined this despite an executive for CrowdStrike, in a sworn deposition, stating they had zero evidence of a hack done by Russia, only an opinion?

“Here’s Judge Mazzant’s 53-page order, which in its first few pages offers some background on the case as well — very interesting reading,” Huckabee remarked in his piece.

“When plaintiff Brian Huddleston, through attorney Ty Clevenger, first requested information from the FBI, they told him they didn’t have any. But emails disclosed in a separate case told a different story, and in 2020 the FBI had to admit they possessed thousands of documents. The Bureau then identified about 20,000 files that were potentially responsive to the request, later narrowing that down to 1,563 pages. To date, they have produced…75 pages,” he noted.

He then stated, “The FBI argued that they had no way of knowing if the information they have that purportedly was extracted from Seth Rich’s personal laptop’ and provided to them by ‘a source” was real, but Clevenger and Huddleston countered that their cyber expert can determine that. The ‘source’ apparently gave them a compact disc with information contained on Seth’s laptop. ‘The FBI did not open an investigation into the murder of Seth Rich,’ they said, ‘nor did it provide investigative or technical assistance to any investigation into the murder of Seth Rich. As a result, the FBI has never extracted the data from the compact disc and never processed the information contained on the disc.’ Well, then, how do they know it needs to be squirreled away for 66 years?”

Utilizing his unique gift of sarcasm, Huckabee declared, “Oh, they have an answer to that! To produce the information, the FBI would have to convert the information on the disc into pages and then review the pages to redact information ‘per FOIA.’ They request time to do this at 500 pages a month, which adds up to almost 67 years. Attorney Ty Clevenger told The Epoch Times, ‘After dealing with the FBI for five years, I now assume that the FBI is lying to me unless and until it proves otherwise. The FBI is desperately trying to hide records about Seth Rich, and that begs the question of why.”

“TechnoFog, on Substack, says the FBI is claiming documents must be withheld on ‘national security grounds’ because ‘disclosure of the information would threaten intelligence-gathering efforts.’ Some of the information they have on the case, they say, was ‘provided by foreign government agencies under an implied assurance of confidentiality.’ It may — or may not — include whether the FBI used a ‘code name’ associated with Seth Rich. (Now, why would they do that?) They say their information includes ‘details of intelligence activities, sources, and methods relating to national security.’ Ah, the intel community’s ever-reliable “sources and methods” line. But it worked — the order from Mazzant, an Obama appointee, still does not require the production of any of that,” Huckabee elaborated.

How is it possible the FBI does not see that they themselves are creating this “conspiracy theory?” With just a touch of transparency they could dispel all of the rumors, yet they refuse to do so. Why? Likely because there is something they do not want the general public to know. They are hiding something. The FBI is now a weapon in the hands of progressives. And that, my friends, is very, very dangerous.