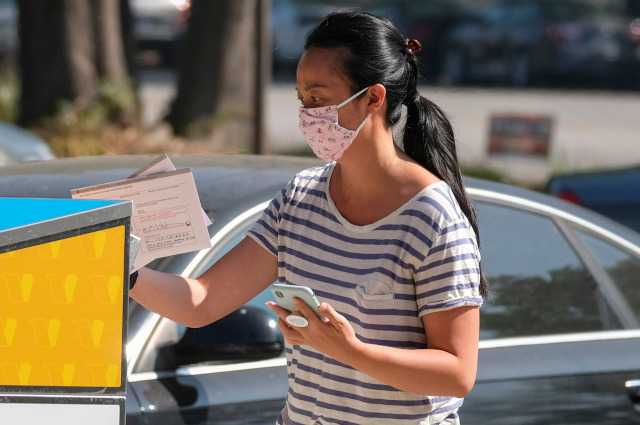 The fight for election integrity has taken a more serious turn, as the U.S. Marshals took Catherine Engelbrecht and Gregg Philips of True the Vote into custody for refusal to provide information concerning the identity of a confidential informant. The radical left is doing everything they can to stop the truth about what happened in the 2020 presidential election from coming to light.

According to the Post Millennial, federal Judge Kenneth Hoyt is the one who delivered the order, holding both Philips and Engelbrecht in contempt of court for refusing to identify the informant, independent journalist Ivory Hecker said.

The judge ordered that the pair be held for a least a day, until they finally provided the information the court wanted.

“Judge says he never got a straight answer on who was in the Dallas hotel room January, 2021, and he doesn’t know how many people were there. Judge says the way Phillips and Engelbrecht talked suggests True the Vote did have access to the hacked computer data, though they deny it,” Hecker posted on Twitter.

Breaking: As ordered by Federal Judge Kenneth Hoyt, US Marshals have just taken into custody True the Vote’s Catherine Engelbrecht and Gregg Phillips for contempt of court, due to their refusal to release the name of a confidential informant.

Judge says he never got a straight answer on who was in the Dallas hotel room January, 2021, and he doesn’t know how many people were there. Judge says the way Phillips and Engelbrecht talked suggests True the Vote did have access to the hacked computer data, though they deny it.

A report from the Houston Chronicle states that Engelbrecht and Philips provided testimony saying that identifying the informant would end up compromising his personal safety.

“Every name I give you gets doxxed and harassed,” Engelbrecht went on to explain.

“The arrest of the pair is the latest in a civil suit filed in September by Konnech, a Michigan-based company that provides software to elections offices regarding poll worker management, according to Votebeat Texas,” the Post Millennial said.

Yu was arrested and charged by the Los Angeles district attorney for allegedly storing government data in China, which is a breach of the company’s contract. Officials in L.A. reportedly received the initial tip concerning Yu from Philips.

“At the center of the issue was the name and contact information of individuals that the pair have stated were present in a Dallas hotel meeting in January 2021. Hoyt had ordered that Phillips and Engelbrecht turn over this information weeks ago,” the Post Millennial continued.

Hannah Nightingale of PM wrote, “During this meeting, True the Vote was allegedly given proof that Konnech had been storing the personal data of “millions” of poll workers in a China-based server.”

“True the Vote then used that information to fuel months of vaguely defined accusations about the company and Yu in podcasts and appearances,” Votebeat noted.

Both Philips and Engelbrecht have made the claim that Yu was an agent working for the Chinese Communist Party, and that the country had been using poll worker data to help influence the outcome of the 2020 presidential election.

“On behalf of my clients we don’t want to release the name of this individual,” True the Vote attorney Brock Akers remarked to Judge Hoyt during an Oct. 6 hearing.

The legal team representing True the Vote put out a name in a hearing earlier in the month, Mike Hasson, revealing that the analyst is in “danger from forces of the Chinese Communist Party.”

The organization released only the name, opting not to provide contact information or further details concerning Hasson’s identity. Philips informed the court that he did not have any way of contacting Hasson, pointing out that he had only communicated with him by using messaging apps.

A photo was shown of a man that Konnech’s lawyers believe to be Hasson, but Philips claimed that he did not recognize him. Engelbrecht was shown the same photo. She responded by saying, “My general recollection is that he was younger than I, and Caucasian. But beyond that I really couldn’t tell you.”

“Engelbrecht and Phillips told the court that a second unnamed person had been present, a ‘confidential informant’ for the FBI,” Nightingale said.

Philips created a post on Truth Social, owned by former President Donald Trump, saying, “Doing the right thing isn’t always easy but it’s always right. We were held in contempt of court because we refused to burn a confidential informant or our researchers. We go to jail Monday unless we comply.”