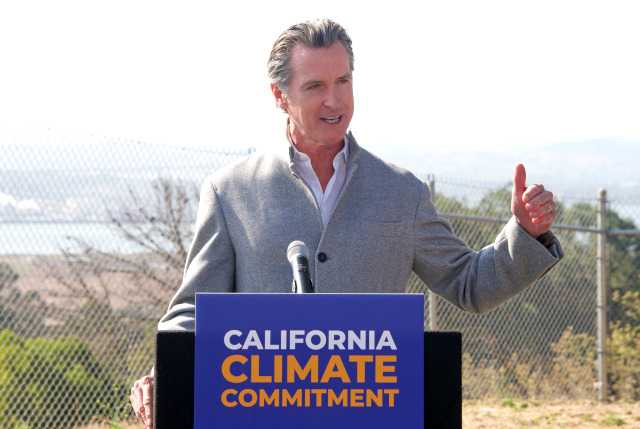 U.S. Congressman Byron Donalds, a Florida Republican, had some strong words for California Gov. Gavin Newsom during Florida’s Voice’s Patriot Talk Show on Wednesday. And what he had to say is a message Newsom and his leftist ilk absolutely need to hear right now.

“There’s a guy out in California… Newsom, him, that guy? […] I want him to run for president,” Donalds said, according to Florida Voices News. “Hey, Gavin – hey, Byron Donalds, Florida – Gavin, hey listen man: trust me, you should run for president,” he went on to say as laughter erupted from the audience.

“You know why? Cause you will lose very, very badly. And the people of California – they need a break, it’s nuts. But folks, the Democrats are awful,” Donalds continued.

“The Florida congressman also slammed Democrat Charlie Crist, running for governor in the Sunshine State against incumbent Republican Gov. Ron DeSantis, for flipping parties multiple times to run for office: ‘The man was the governor of this state as a Republican. And now he’s running as a Democrat. But in between, he ran as an independent!’” the Florida Voice News stated.

“Gavin, hey listen man, trust me – you should run for president. You know why? ‘Cause you will lose very, very badly. And the people of California – they need a break.” pic.twitter.com/lS7jiUtsAX

“[Crist is trying] to fundraise and send people to a link to hear their story so they can send you $5 because nobody wants to give you money in normal times because you absolutely suck,” he zinged. “He is the epitome of what people do not like about politicians.”

Earlier in the month, not long after Hurricane Ian ripped through the state of Florida, Crist was asking the victims of the horrific storm for donations. Because the left is totally tone deaf when it comes to matters such as this, yet continue to claim they are the party of compassion.

Then, on social media, Crist, who is hoping to beat out incumbent Gov. Ron DeSantis in November, asked victims of Ian to “Share your story: Florida Property Insurance.”

“If you have paid thousands in premiums under Ron DeSantis, only to have your home insurance coverage not be there for you when you need it most, we want to hear your story,” he posted in a tweet.

If you have paid thousands in premiums under Ron DeSantis, only to have your home insurance coverage not be there for you when you need it most, we want to hear your story.

Eric Daugherty, writer for the Florida Voice News, wrote, “The link brings users to Crist’s campaign website, prompting potential victims of Ian to share hardships dealing with the tumultuous insurance market. The responses can be named or anonymous, must include a zip code and email, and optional remarks or descriptions.”

“If you suffered damage from Hurricane Ian and have recently been dropped from your insurance, or if the property insurance crisis has impacted you and your family in any other way, we want to hear your story,” it explained. When the form is submitted to the Crist campaign, though, the user is then asked to open their wallets and empty their pockets: “Now, if you’re able, can you take the next step and make a quick donation?”

Not long after Florida Voice’s report was published, the website changed to not asking for donations. Guess they were embarrassed to be called out for their indecency. The left will try anything and everything to ensure a victory against their opponents, won’t they?