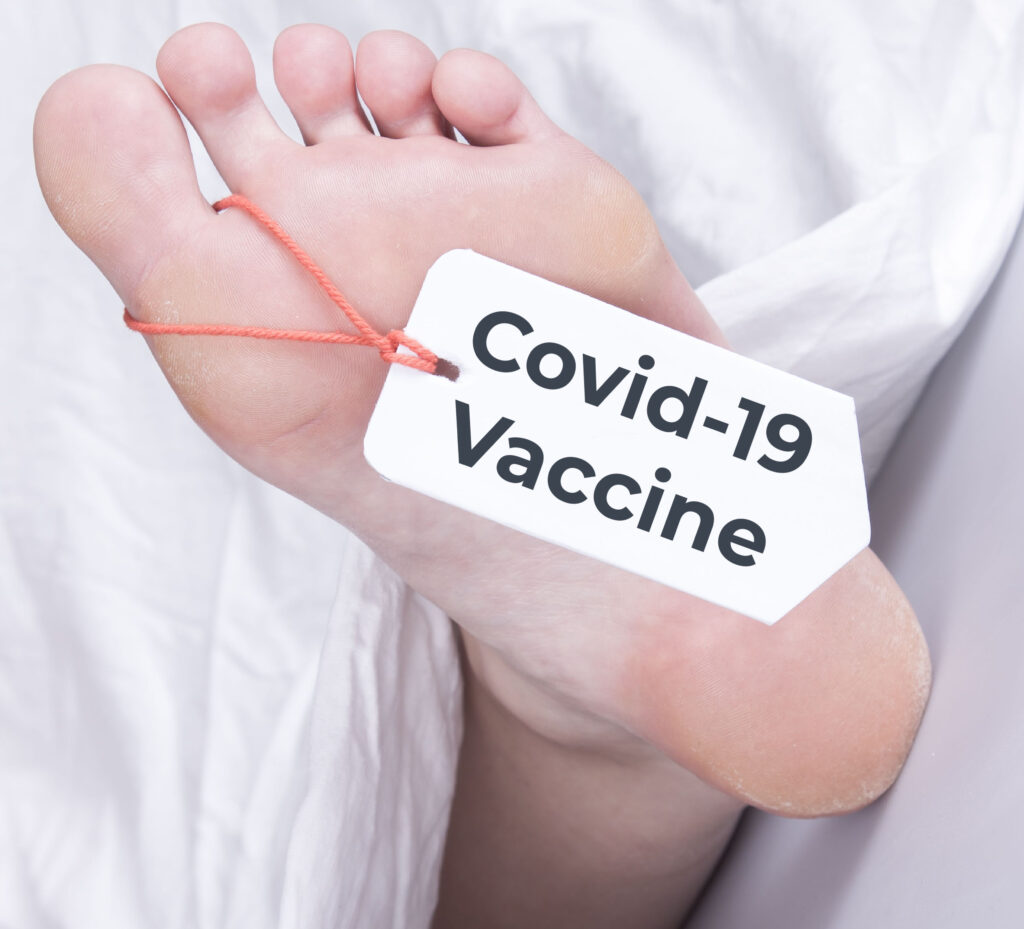 The U.S. Food and Drug Administration (FDA) has refused a Freedom of Information Act (FOIA) request to release the autopsy results of people whose deaths were reported to the Vaccine Adverse Event Reporting System (VAERS) after receiving a COVID-19 shot. The FOIA request was submitted by The Epoch Times newspaper.

“VAERS is a centralized vaccine reaction reporting system that was among the safety provisions secured by parents of DPT (diphtheria-pertussis-tetanus) vaccine injured children in the National Childhood Vaccine Injury Act (NCVIA) of 1986,” explains Barbara Loe Fisher, co-founder and president of the National Vaccine Information Center (NVIC). It is jointly operated by the FDA and U.S. Centers for Disease Control and Prevention (CDC).

According to The Epoch Times, the FDA declined to release any autopsy reports of VAERS deaths, even redacted copies, citing FOIA section (8) (A) which allows federal agencies to withhold information from the public if an agency “reasonably foresees that disclosure would harm an interest protected by an exemption,” with the exemption being “personnel and medical files and similar files the disclosure of which would constitute a clearly unwarranted invasion of personal privacy.”

The FDA reportedly also cited federal law that blocks the release of “personnel, medical and similar files the disclosure of which constitutes a clearly unwarranted invasion of personal privacy.”

One possible reason for the FDA’s reluctance is that neither officials at the FDA nor at the CDC have found (or at least openly admitted)  a “causal association” between the COVID shots and the post-COVID vaccination deaths reported to VAERS. A study published last year in the journal Clinical and Experimental Vaccine Research stated:

These regulatory agencies have not found a causal association, and there is no reason to state that the COVID-19 vaccine causes death. Data from the VAERS and available clinical information (death certificates, autopsies, and medical records) does not establish cause and effect between deaths and reported deaths. Deaths following vaccination equated to deaths caused by vaccines are irresponsible, misleading and scientifically inaccurate.

To release autopsy reports of people who died after receiving COVID shots might lead to uncomfortable questions about the conclusions reached by FDA and CDC officials and raise the specter of a national re-evaluation and lots of second opinions regarding the safety of the shots.

Those responsible for operating these federal agencies, not to mention countless doctors, scientists and politicians around the country, have staked their reputations on assuring the American public that the COVID shots do not cause harm, much less death. Why indeed would they want to investigate and give space to a conversation asking legitimate questions and offering dissenting views?

It must already be difficult enough having to acknowledge the 16,516 deaths in the U.S. reported to VAERS after COVID vaccinations as of Sept. 14, 2022.

Still, it is a public conversation that should be allowed to take place. After all, it is no minor thing that, as Fisher notes, “There have been more deaths reported to VAERS following COVID-19 vaccinations than for any other federally recommended vaccine since VAERS became operational in 1990.”

All of the FDA’s stated concerns about protecting privacy seem rather bogus, as the autopsy results sought through the FOIA request could be released with personal information blacked out. “The personal information could easily be redacted without losing the potential learnings from [the] autopsy,” said Kim Witczak, a drug safety advocate who serves as an adviser to the FDA.

Besides, Witczak logically points out:

If someone submits their experience to VAERS they want and expect to have it investigated by the FDA. This includes autopsy reports. Autopsies can be an important part of postmortem analysis and should be done especially with increased deaths following COVID-19 vaccination.

Why is transparency on this issue such a stumbling block for the FDA?