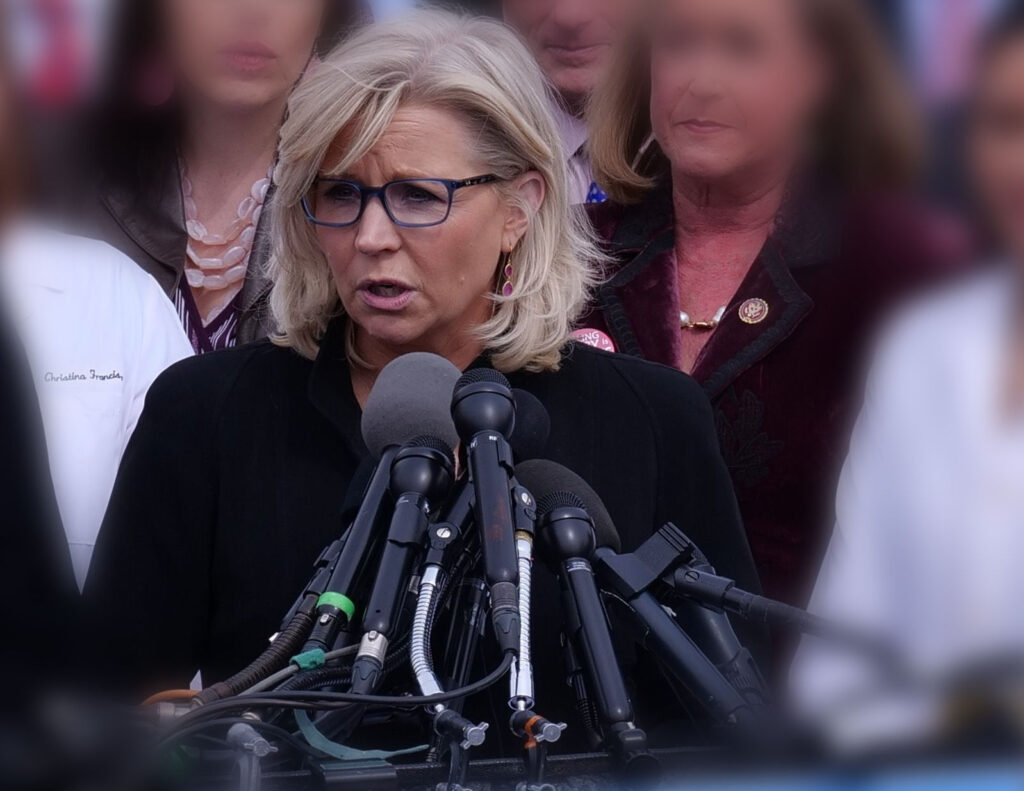 One of the most ardent anti-Trump Republicans in Congress, Liz Cheney, is about to see the end of her political career due to a loss in the GOP primary this year, but before she leaves office, she’s apparently giddy to get former President Donald Trump to testify before her on the January 6th Committee. With the clash between the two individuals, it seems this would be a bit of sweet revenge for Cheney.

Keep in mind that the committee Cheney sits on is the same one that would not allow any real, legitimate Republicans to join due to being scared they would end up exposing all of the undercover FBI operatives who might have been involved in the incident at the Capitol building, as well as calling on Speaker Nancy Pelosi to offer up an explanation for why she refused to call in the National Guard, but somehow managed to set up a special camera crew to document her day.

According to The Gateway Pundit, Cheney recently told a gaggle of left-wing reporters over the weekend that she would not consider airing Trump’s testimony on live television. That doesn’t seem weird or suspicious or anything, does it? Why would she not want this part of the proceedings to be blasted all over the place? Liberals were dying to turn these hearings into a primetime event, now that they might land the big fish, they suddenly don’t want any coverage?

The folks over at AOL noted, “Raising the stakes on its extraordinary subpoena to Donald Trump, the House committee investigating the Capitol riot indicated Sunday it would not consider letting the former president testify live on television about the direct role that congressional investigators say he played in trying to overturn the 2020 election.”

Because Cheney is a pathetic fraud and this entire committee is fascistic in its conduct.  Xi and Putin are jealous.https://t.co/ih3XKQBs6f

“The committee is demanding Trump’s testimony under oath next month as well as records relevant to its investigation. To avoid a complicated and protracted legal battle, Trump reportedly had told associates he might consider complying with the subpoena if he could answer questions during live testimony,” AOL continued.

The news publication then added, “But Rep. Liz Cheney, the committee’s vice chair, on Sunday rejected the possibility. She said the committee, which makes its major decisions with unanimous consent, would not allow Trump’s testimony to turn into a ‘food fight’ on TV and she warned that the committee will take action if he does not comply with the subpoena.”

“We are going to proceed in terms of the questioning of the former president under oath,” Cheney, R-Wyo., stated during an appearance on “Meet the Press” on NBC. “It may take multiple days, and it will be done with a level of rigor and discipline and seriousness that it deserves. We are not going to allow — he’s not going to turn this into a circus.”

Again, it’s just weird that the committee suddenly doesn’t want things to become a “circus” when that’s exactly what they were hoping for at the beginning. The radical left has been on a witch hunt against Trump ever since he announced his candidacy the first time around. All because he speaks his mind and stands for putting America first. This point of view represents the majority of average American citizens.

Their fight against Trump, their constant barrage of attacks, aren’t just aimed at him, but at all of us too.