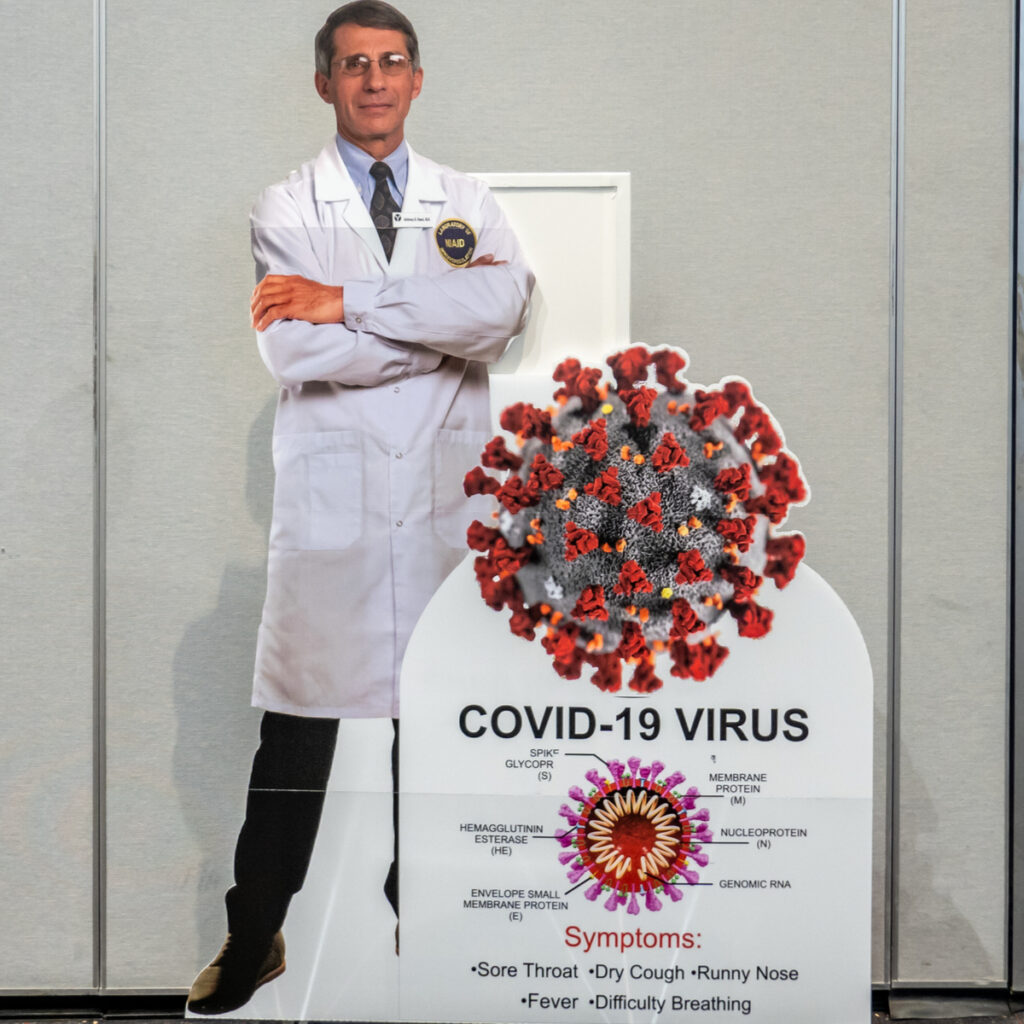 For quite some time now, critics have been asking why the National Institutes of Health would provide funding for experiments conducted by Ralph Baric, professor at the University of North Carolina of Chapel Hill, in order to develop a method for concealing evidence of human tampering in lab created super viruses. Just writing that sentence stirs up all kinds of feelings and suspicions, right?

According to the Defender, the National Institute of Allergy and Infectious Diseases (NIAID) provided a whopping $220.5 million in funding for Baric who then developed a “seamless ligation” technique that he bragged could perfectly conceal any and all evidence of human tampering in viruses that are created in a lab. He referred to this new technique as the “no-see’m” method.

What’s both shocking and infuriating is that these same researchers discovered the same signature in the genome of the virus that causes COVID-19.

The technique that Baric developed has been considered controversial for a long time.

“It’s the artist that doesn’t sign his name to the painting; the virologist that doesn’t put his signature into the virus to let us know whether or not it is emerging naturally or whether it is produced in a laboratory,” Jeffrey Sachs, chair of The Lancet COVID-19 Commission, a task force that investigated the origins of COVID-19, went on to say.

“All of it says, my God, there was really a big, very risky research agenda underway,” he continued.

The Defender stated, “This month, Sachs published the results of his 22-month investigation in The Lancet, including the damaging conclusion that COVID-19 was probably laboratory-generated and that the technology probably came from NIH-funded science.”

Evolutionary biologist Bret Weinstein, referring to the seamless ligation method that Baric invented, said, “It’s the exact opposite of what you would do if your interest was public health. Public health scientists would be marking their enhancements with red flags — not devising ways to hide them. The only reason you would want a concealer is to advance a sinister purpose — such as illegal bioweapons development — some mischief that the scientist didn’t want traceable back to his lab.”

And guess who Baric taught this “no see’m” method to? The Wuhan Institute of Virology’s own Shi Zhengli, the “Bat Lady.” In exchange, Baric was given Chinese coronaviruses that were collected by Shi from bats located in the Yunnan province.

“Shi and her colleagues at the Wuhan Institute subsequently demonstrated their mastery of Baric’s high-risk technique in a series of published — and highly controversial — gain-of-function experiments at the Wuhan lab. It has been even more puzzling to his critics that Baric, again with NIAID funding, chose to share this dangerous technique for weaponizing pathogens with Chinese scientists who have clear links to the Chinese military,” the Defender reported.

Experts have come forward to say that the implications of the new study could be very far-reaching. With the study laying blame on Baric, there could be some serious liability issues ahead for the NIAID, along with the University of North Carolina.

This means that Fauci and his gang of miscreants may have played some sort of role in helping to develop the COVID-19 virus, whether intentional or not. So the man who was tasked with helping to curb the spread of the illness may have been partly, in some roundabout way, responsible for its creation. And he needs to be held accountable for it, along with his agency.

“Scientists, including those close to Dr. Anthony Fauci, have repeatedly pointed out that SARS-CoV-2, the virus that causes COVID-19, has genomic sequences that appear inconsistent with natural evolution: The COVID-19 virus is no longer infectious in bats, and its spiked protein feature — which is unknown in this family of coronavirus — includes numerous mutations that make it ideally infectious in humans,” the Defender article explained.

The closest known relative to the COVID-19 is a virus that comes from the lab in Wuhan, which is 96.2 percent identical. The strange spike accounts almost entirely for the 3.8 percent difference between them.

“Natural evolution would be expected to leave mutations distributed evenly across the genome. The fact that virtually all the mutations occur on the spike led these scientists to suspect that that particular Wuhan lab coronavirus collected by Shi Zhengli is the direct progenitor of SARS-CoV-2 and that its new spike was implanted through engineering,” the Defender noted.

The evidence of lab engineering was non-existent, which left many professionals wondering if the technique that Baric invented was used to help put together a novel coronavirus with the engineered spike while also removing the evidence that it had been tampered with.

The new study helps to connect all of the biological dots that link federally funded research to the global pandemic that swept the planet starting in 2020. It all goes back to NIAID and UNC.

Baric even admitted in an interview that was conducted last spring that when the pandemic started, there were only two or three labs using his protocol, which included the lab in Wuhan and UNC.

The bottom line is, there is now plenty of evidence to suggest that the COVID-19 virus was created in a laboratory that was made using technology developed by Ralph Baric and funding from the United States government.