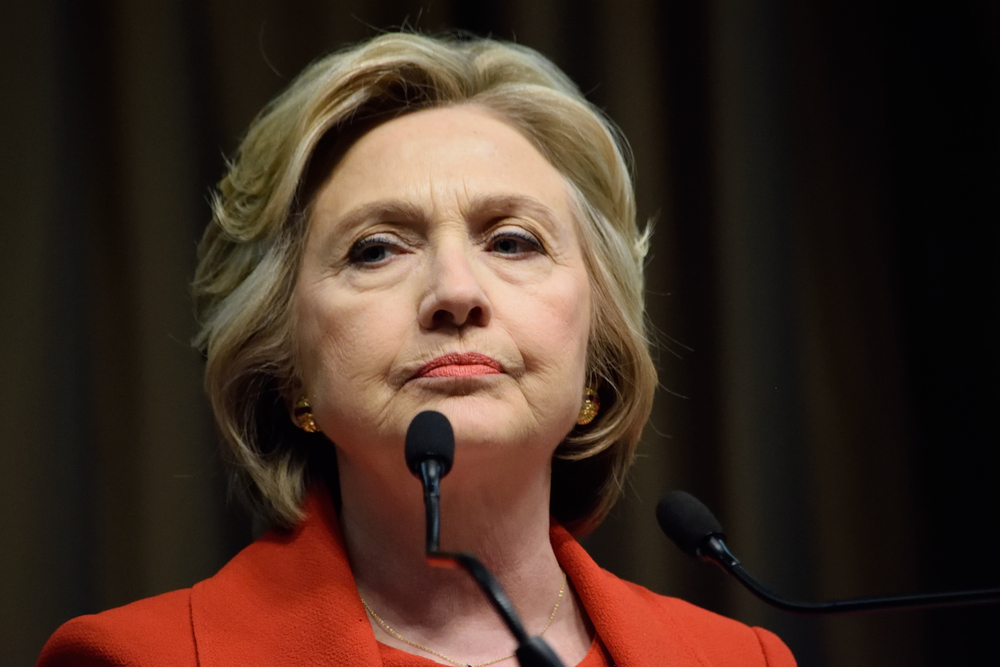 (TeaParty.org Exclusive) – Hillary Clinton desperately wanted to be the leader of the radical left cabal in the US but it was not to be. That, however, has never stopped her from supporting all the usual radical left causes.

According to a Fox News’ report, a Clinton nonprofit funneled $75,000 to a far-left “defund the police” group who is affiliated with a group that worked (and failed) to dismantle and replace the Minneapolis Police Department.

Fox News Digital made the discovery through a review of tax documents and annual reports.

Clinton launched the far-left nonprofit Onward Together back in 2017 as a part of the resistance against President Trump. The group pushed a general support grant to the Washington DC-based Alliance for Youth Action between April 1, 2020 and March 31, 2021, according to its latest tax forms.

“Hillary Clinton’s nonprofit funneled $75,000 to far-left defund the police group”. I wonder if this is some of the billions she took from the Haiti fund. https://t.co/sq0hjE0Ldp

The Alliance for Youth Action claims the policing system “was founded on slave patrols and continues to target and murder Black people” and promotes defunding law enforcement as a step toward outright abolishment.

“Centering Black people in our work means it is time to divest from police, and invest in Black futures,” the group’s website states. “Defunding the police as part of the path towards abolition is one of the many steps that must be taken to ensure that Black people are able to thrive.”

If law enforcement is defunded, will that stop black people from disproportionately committing crime, especially ones against their own communities and neighbors? Or will it just give them an escape from being held responsible for those crimes? In what sane world would this kind of paradigm allow “Black people to thrive?”

“As a network, we commit to ongoing learning about abolition, dismantling of white supremacy, and decentering of whiteness in our work,” the group states. “For individual organizations, this work includes providing extensive training on anti-racism for staff, focusing on issues that disproportionately impact people of color, incorporating racial justice and intersectional language in messaging, and integrating anti-racism into every aspect of the work including strategic plans.”

This group is as radically left as they come. It should come as no surprise Hillary Clinton is associated with it.

The Alliance also boasts in its 2021 annual report that its affiliated Minnesota Youth Collective was a part of the Yes 4 Minneapolis coalition which sought to defund and dismantle the Minneapolis Police Department last year.

The coalition’s goal was to dismantle the MPD and replace it with a so-called Department of Public Safety and went as far as successfully placing the charter amendment on the city’s November ballot.

Fortunately, voters in Minneapolis are not insane and rejected the amendment.

The failed effort was funded by deep-pocketed liberal donors and groups such as the George Soros’ advocacy nonprofit, the Open Society Policy Center and other radical groups like MoveOn.org and the American Civil Liberties Union. The movement received hundreds of thousands of dollars from these outside groups “including staffing, access to email lists and other services that come as non-cash contributions” according to Fox News Digital.

Unfortunately for Clinton’s Onward Together, its tax forms also show that donations have dropped by nearly 50% since 2017 when the group raked in $3.1 million. That amount dropped sharply to just $1.6 million during its 2020 fiscal year.

The involvement in trying to defund Minneapolis police isn’t the only shady, far-left cause Clinton’s nonprofit supports. Fox News reports the organization “disbursed $675,000 to just nine other progressive outfits during its 2020 fiscal year, almost half of which ($325,000) went toward ‘voting rights’ and infrastructure support at the North Fund, a nonprofit incubator that boasts connections to the Arabella Advisors-managed $1.6 billion dark money network.”

Despite being rejected by the American people, Clinton is still fervently working to push the radical left’s anti-American agenda.