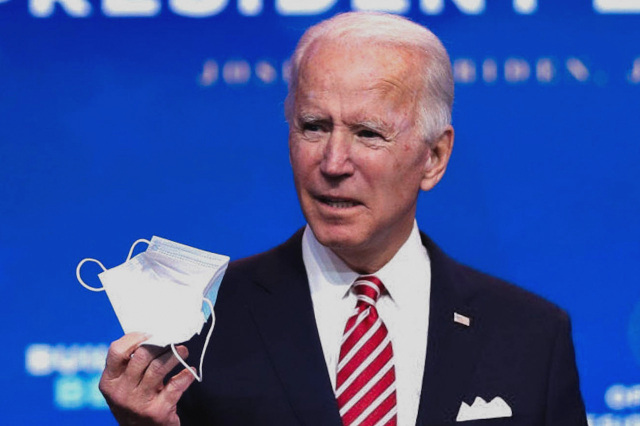 Despite Joe Biden declaring that “the pandemic is over,” the White House stepped in to clarify that this didn’t mean public emergency health powers were being relinquished.

(infowars)Biden made the remarks during an appearance on 60 Minutes on Sunday.

“We still have a problem with Covid. We’re still doing a lot of work on it. It’s — but the pandemic is over,” he said.

Not for the first time, Biden’s statement was seemingly unplanned, and the White House rushed in to do damage control.

To no one’s surprise, the administration is refusing to give up powers it handed itself by imposing a Public Health Emergency, which will not be lifted.

JUST IN – Biden: “The pandemic is over.”pic.twitter.com/iS1gq31MD1

“An administration official told CNN that the President’s comments do not mark a change in policy toward the administration’s handling of the virus, and there are no plans to lift the Public Health Emergency, which has been in place since January 2020 and is currently extended through October 13,” reports CNN.

In other words, technocratic control freaks will likely renew the powers for winter, during which a rough flu season due to lowered natural immunity and the return of another COVID variant will grease the skids for the latest round of the “100 per cent safe and effective” vaccine.

Biden’s remarks on 60 Minutes “caught some in the administration by surprise,” according to CNN, a regular occurrence whenever Biden veers slightly off script.

Another comment he made during the interview, that the United States would send troops to defend Taiwan in the event of a Chinese invasion, also had to be clarified.

A White House official later said that the policy on Taiwan had not changed.

President Biden tells 60 Minutes that U.S. men and women would defend Taiwan in the event of a Chinese invasion. However, after our interview, a White House official told us that U.S. policy on Taiwan has not changed. https://t.co/ANg54LifSH pic.twitter.com/V5qjoqF36T