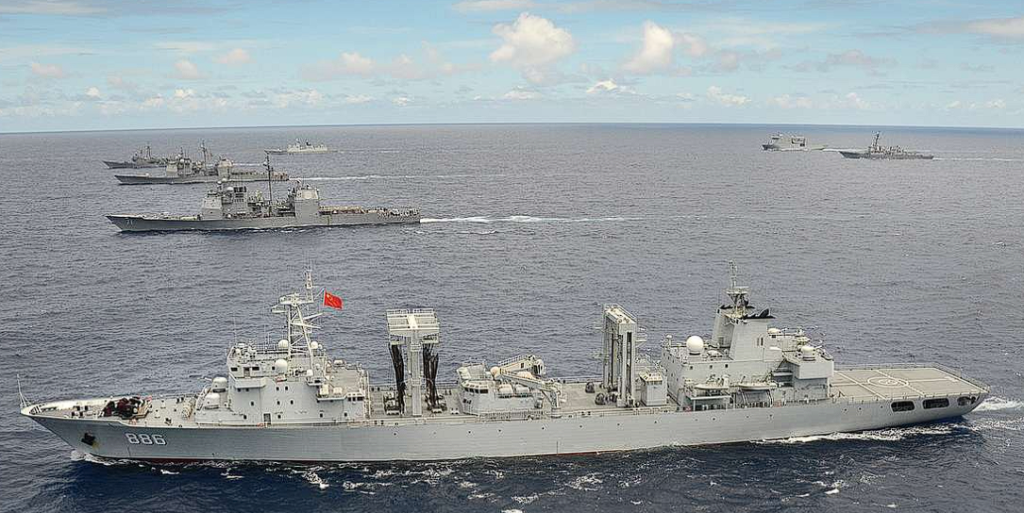 The US military revealed Monday that earlier this month a US Coast Guard had ship embarked on a routine patrol in the Bering Sea and its crew was surprised to come across a Chinese PLA Navy guided missile cruiser.

But more rare and unexpected was that the Coast Guard soon discovered the Chinese ship wasn’t alone as it sailed off Alaska’s coast, but was accompanied by two additional Chinese military ships and four Russian naval vessels, including a destroyer. The Chinese-Russian patrol group was described as being “in single formation”.

According to more details by the Coast Guard and reported in the Associated Press:

The Honolulu-based Kimball, a 418-foot vessel, observed as the ships broke formation and dispersed. A C-130 Hercules provided air support for the Kimball from the Coast Guard station in Kodiak.

“While the formation has operated in accordance with international rules and norms, we will meet presence with presenceto ensure there are no disruptions to U.S. interests in the maritime environment around Alaska,” said 17th Coast Guard District commander Rear Adm. Nathan Moore.

The reference to the “presence with presence” patrol strategy is a method of dissuading such enemy foreign vessels from coming near US waters by maintaining frequent naval and coast guard patrol activity.

This latest incident follows something similar a year ago, when in September 2021 Chinese ships were spotted by Coast Guard observers 50 miles off the Aleutian Islands. The Chinese and Russian navies have also been ramping up coordinated activity in the Sea of Japan and near Japanese islands, which Tokyo has protested as an unwarranted intrusion.