BOMBSHELL! The FBI Was Paying People To Steal The 2020 Presidential Election From Donald Trump 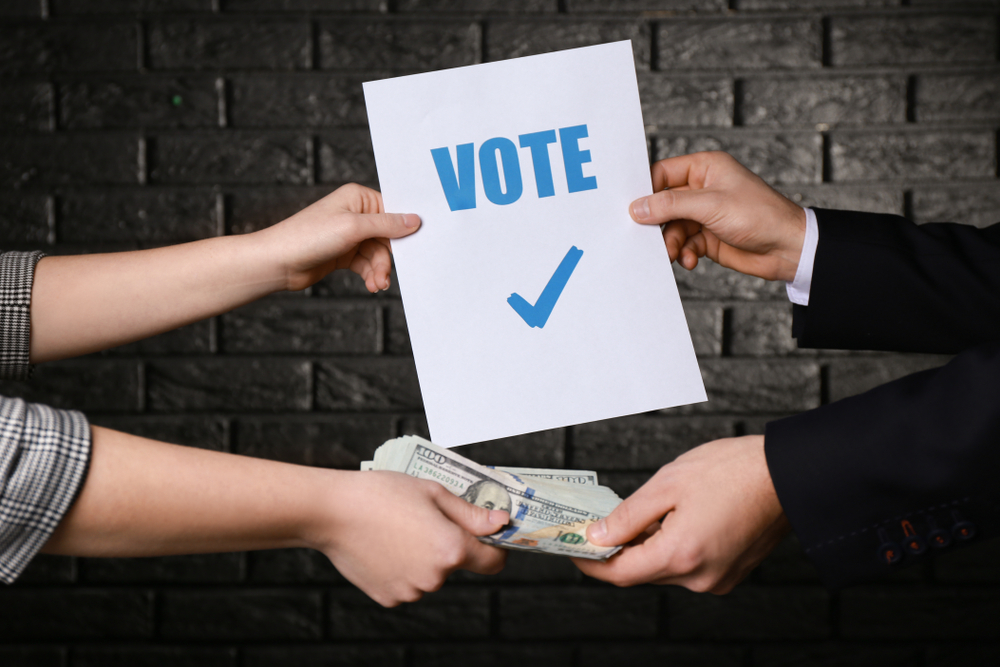 (TeaParty.org ) – The entire Trump-Russia collusion hoax has gloriously backfired on Democrats and the Deep State.

Not only did the entire charade fall apart but it has now become a treasure trove of ammunition for Republicans.

In a new explosive revelation, Special Prosecutor John Durham revealed Tuesday in court filings that the FBI paid a Russian businessman as a confidential human source in the investigation of Donald Trump’s 2016 campaign despite prior concerns that the businessman was tied to Moscow’s intelligence services.

Just the News explains that Durham was able to persuade a federal judge in the upcoming trial of Igor Danchenko to unseal a motion which will reveal that Danchenko was paid by the FBI as a confidential human source for more than three years until he was terminated in the fall of 2020 for lying to agents.

Danchenko was the primary source for the bogus Steele Dossier. This new revelation means that the FBI was paying Danchenko to spy on Trump in an effort to steal the 2020 election. 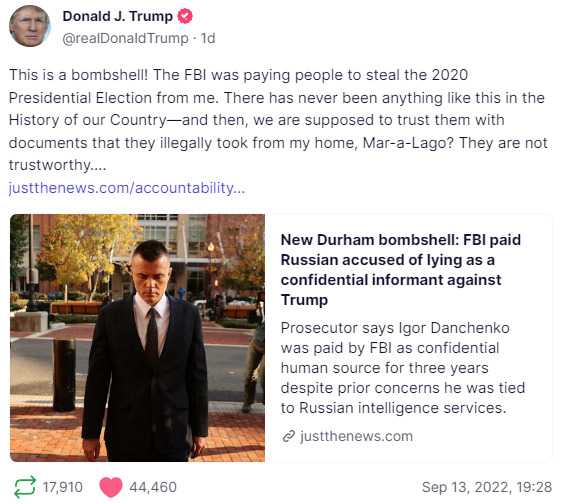 Danchenko is charged with five counts of lying to the bureau during that relationship and faces trial next month in federal court.

“In March 2017, the FBI signed the defendant up as a paid confidential human source of the FBI,” Durham’s unsealed court filing disclosed for the first time. “The FBI terminated its source relationship with the defendant in October 2020. As alleged in further detail below, the defendant lied to FBI agents during several of these interviews.”

The revelation means that the FBI first fired former MI6 agent Christopher Steele, the author of the Hillary Clinton-funded dossier, as a human source in November 2016 for having unauthorized contacts with the news media. And it then turned around a few months later and hired Steele’s primary informer to work with the bureau even after determining some of Danchenko’s statements in the Steele dossier were uncorroborated or exaggerated.

Even more stunning, Durham confirmed that the FBI had concerns about Danchenko’s ties to Russian intelligence a decade earlier, opening up a counterintelligence probe on him after learning he was trying to buy classified information from the Obama administration.

“As has been publicly reported, the defendant was the subject of an FBI counterintelligence investigation from 2009 to 2011,” Durham wrote. “In late 2008, while the defendant was employed by a prominent think tank in Washington, D.C., the defendant engaged two fellow employees about whether one of the employees might be willing or able in the future to provide classified information in exchange for money.

The FBI closed that counterintelligence probe in 2010, but only after it “incorrectly believed that the defendant had left the country,” Durham told the court.

There were even more red flags prior to the FBI hiring Danchenko as a human source, according to prosecutors.

“During his January 2017 interview with the FBI, the defendant initially denied having any contact with Russian intelligence or security services but later — as noted by the agents, contradicted himself and stated that he had contact with two individuals who he believed to be connected to those services,” Durham wrote.

Durham asked the court for permission to use evidence at trial that shows other lies that Danchenko allegedly told the FBI that are not charged as part of his indictment.

He argued new evidence would show a pattern and how Danchenko’s deception led to many false narratives in the Steele Dossier and the news media.

Durham intends to show the jury evidence that Danchenko made “uncharged false statements to the FBI regarding his purported receipt of information reflecting Donald’s Trump’s alleged salacious sexual activity at the Ritz-Carlton Hotel in Moscow,” the filing said.

Prosecutors are prepared to show Danchenko never received any such intelligence.

“The Government has interviewed and expects to call at trial the then-general manager of the Ritz-Carlton Moscow, Bernd Kuhlen,” the filing states, “a German citizen who does not speak Russian (and whom the Steele Reports describe as ‘Source E,’ a senior (western) member of staff at the hotel.)

“Mr. Kuhlen does not recall ever meeting or speaking with the defendant in June 2016, or at any time. Mr. Kuhlen also has denied (1) having knowledge of the Ritz-Carlton allegations at any time prior to their being reported in the media, (2) discussing such allegations with, or hearing them from, the defendant.”

We all know the FBI is corrupt but this just takes it to a whole new level.