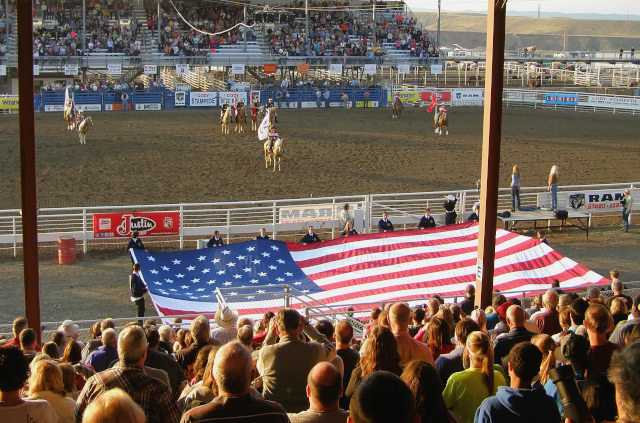 (TeaParty.org) – US House Rep. Liz Cheney is on her way out of Congress despite running for re-election. Her constituents back in her home state Wyoming have had enough of her and her loyalty to the establishment.

Cheney has become obsessed with going after President Trump since the Jan. 6 ordeal and voters can’t wait to get to the ballot box to replace her in little over two weeks.

CNN naturally loves Cheney since she sits on Nancy Pelosi’s sham Jan. 6 committee and has proven her loyalty to the Democrats but when the biased network actually went to Wyoming in search of support for Cheney, what they found just confirmed voters are tired of backstabbing, two-faced politicians.

CNN reporter for “Anderson Cooper 360,” Randi Kaye, traveled all the way to Wyoming only to discover the vast majority of voters there are not planning to vote for Cheney’s re-election.

We doubt very much these were the results Cheney’s doting mainstream media supporters were hoping to see. Which really shows just how out of touch the media elites are with real, actual Americans.

Kaye was able to root out two Cheney supporters but other than that, the video is pretty brutal for Cheney.

At the end of the video, Kaye reported that Cheney’s campaign has been asking Democrats in the state to switch their party affiliation to Republican just to vote for her.

Doesn’t get much more pathetic than that. If Cheney wants the support of Democrats maybe she should be the one to switch her party affiliation.

Check out the video:

“Hell no!” and “Absolutely not” were some of the responses Kaye got from voters after she asked if they would support Cheney.

“She has been an embarrassment,” another asserted when asked her thoughts about the three-term congresswoman.

And her service on Pelosi’s “Select Committee to Investigate the January 6 Attack on the United States Capitol”?

“That’s a kangaroo court,” as one man aptly put it. “That’s not the Wyoming way.”

“Here in Cheyenne, more than 1,600 miles from Washington, D.C., almost everyone we spoke with told us they believe Liz Cheney is too focused on Donald Trump and the January 6 committee, and not paying enough attention to what they believe matters to the people here in Wyoming,” Kaye noted halfway through her report.

Trump overwhelmingly won Wyoming in 2020 by an almost 70 percent majority. Cheney has betrayed her constituents by dedicating her time in Congress, as the state’s lone member of the House of Representatives, to going after Trump.

Voters have had enough and they aren’t being shy about that. The state’s Republican Party censured her and voters have essentially disowned her.

Many on social media were quite entertained by what CNN found in Wyoming regarding the disgraced US Rep.

The actual voters of Wyoming are sick and tired of her!!! https://t.co/HmvmlZATWp

I don’t ever watch CNN, nor repost anything they have to say, but this is absolutely priceless! I had to make an exception <imgsrc=”” alt=”☺” class=”wp-smiley” style=”height: 1em; max-height: 1em;”> https://t.co/NNVvyyvCXC

CNN has discovered that a whole world exists outside the DC beltway, and the people @Liz_Cheney is supposed to be representing in Wyoming have strong feelings about her.

And it’s not good for Cheney.

Harriet @HagemanforWY will be the next congresswoman from Wyoming. https://t.co/Bh66U1mcAN

This response perfectly sums up how Americans feel in general about the corrupt, power-hungry, back-stabbing politicians like Cheney: “CNN has discovered that a whole world exists outside the DC beltway, and the people @Liz_Cheney is supposed to be representing in Wyoming have strong feelings about her,” former Trump communications director Tim Murtagh wrote.

“And it’s not good for Cheney.”

No, it certainly is not. In just over two weeks, Cheney will come face to face with reality and it’s clear she’s not going to like it.