SPECIAL REPORT: Has Mike Pence Gone To The Dark Side? 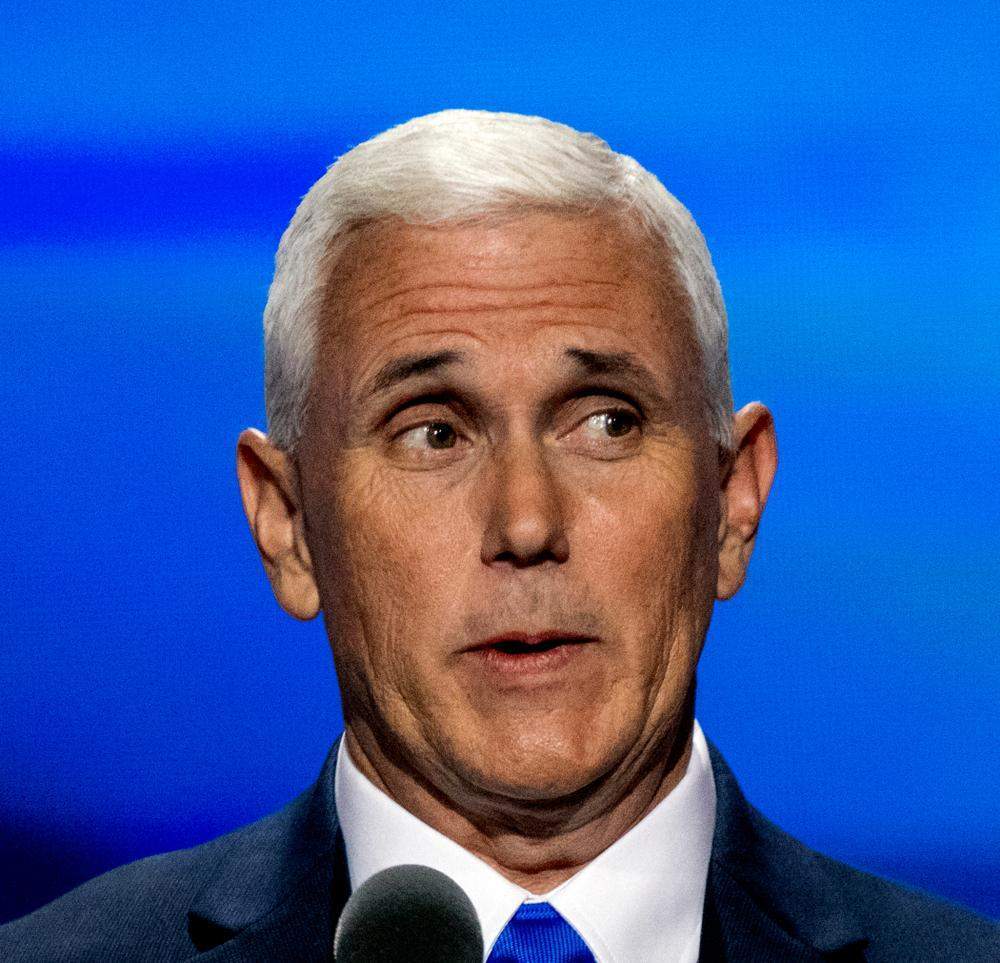 – Former Vice President Mike Pence seemed like such a solid guy and a great VP to President Trump. That is, until the stolen 2020 election debacle when he refused to take any action at all and carried on with the entire fraudulent process which led to Joe Biden’s military inauguration.

Now Pence is proving that he’s still stumping for the establishment and no one should really be surprised.

Instead of being outraged that his former boss, President Trump, was subjected to a raid on his personal Mar-a-Lago residence by the corrupt FBI, Pence is calling on Republicans to tone down the indignation.

Pence is either seriously naïve or he’s choosing to keep his head buried in the sand. Calling to defund legitimate police departments around the country that honorably protect and serve their communities is a great deal different from calling to defund the corrupt, Deep State-controlled FBI.

As a writer for WND put it, “We’re calling for the defunding of the tip of the spear of an armed and dangerous Gestapo-style force seeking out conservatives like 70-year-old Peter Navarro and putting him leg chains for a misdemeanor, little-old ladies called ‘domestic terrorists’ for defending their rights in school board meetings, and most importantly, Black Monday when Donald Trump’s home was raided for no reason.”

Defunding the FBI is nowhere in the same ballpark as defunding the police. The FBI and the DOJ has become completely politicized and are being used as political weapons by the Biden regime and the radical left.

It’s downright dangerous and scary especially if you happen to be of the mindset that America is still the land of the free and that we should have less government intrusion in our lives. If you believe that President Trump can make America great again, then you’re just the kind of person the FBI wants to take down.

Pence thinks it’s time to stop vilifying the FBI at a time when the FBI has made their political motivations most obvious and clear.

Meanwhile, Republican members of Congress who actually have a backbone and are sick of the Deep State gestapo are calling out the FBI and DOJ and speaking on behalf of the American people who do, in fact, have a problem with what’s been going on in the Washington DC swamp.

Rep. Elise Stefanik (R-NY) called the FBI raid on Trump’s residence “a complete abuse and overreach of its authority.” Rep. Marjorie Taylor Greene (R-GA) has issued a call to defund the FBI. Trump himself has consistently pointed out how corrupt the FBI and DOJ are and called the raid “an assault on a political opponent at a level never seen before in our Country. Third World!”

How can Pence possibly get this so wrong?

The very future of America depends on Republicans stopping this gestapo-like persecution of the left’s political opponents.

How can Pence not see this? Instead of defending those who have been victimized by the FBI and their actions, Pence is defending the FBI based on what seems to be principle and a flawed comparison between the left’s calls to defund the police and the right’s calls to dismantle the corrupt, dangerous and Stasi-like FBI.

Pence asserted that he was “deeply troubled” to learn about the raid at Trump’s estate but that the GOP can still hold Garland accountable “without attacking the rank-and-file law enforcement personnel at the FBI.”

When are the rank-and-file FBI officers going to buck against their corrupt higher-ups? If they don’t want to feel the wrath of the American people, maybe they should take a stand against the corruption that plagues the agency for which they work.

“The truth of the matter is, we need to get to the bottom of what happened,” Pence continued. “We need to let the facts play out. … This unprecedented action does demand unprecedented transparency.”

The time for playing nice is long past. It’s time for the GOP to go on the offense and stay on the offense until the corrupt, power-hungry Deep State is rooted out and made to be a thing of the past.

8 out of 10 House Republicans, who voted to impeach President Trump, won’t return to Congress:

Tucker reminds holier-than-thou Joe Scarborough about the skeletons in his own closet https://t.co/gC5M4bM5sC

PrevPreviousVIDEO BOMBSHELL: Dem’s Security Tackles Man, ‘I Used To Bounce People Like You Off Their Head In Jail’
Next‘THE PEOPLE HAVE SPOKEN!’ Trump Calls For The January 6 Committee To Be DISSOLVED After Liz Cheney’s LossNext