‘Moment Of Truth’ Summit Has Major Focus On Election Integrity 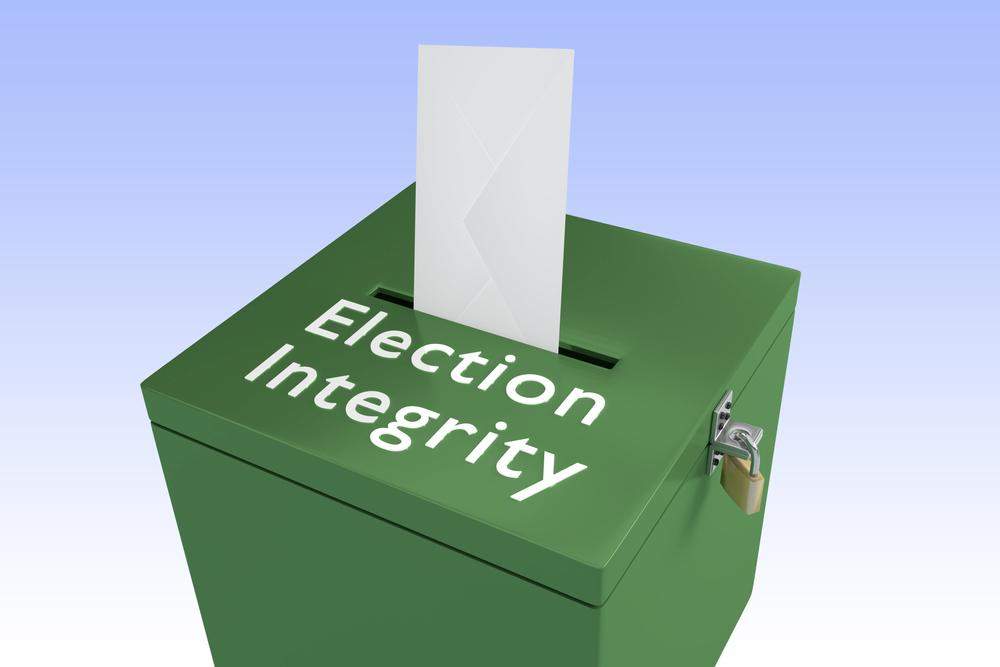 – The 2020 election was rigged against President Trump in a myriad of ways such as incapacitated nursing-home residents who were deemed unqualified to vote still voting, hundreds of millions of Mark Zuckerberg “Zuck Bucks” went to local Democratic election officials who then recruited voters in Democrat districts, mystery boxed of hundreds of thousands of ballots arrived at counting locations in the dead of night, the list goes on and on, literally.

There doesn’t seem to be any end to the corruption the left put into rigging the 2020 election and it all paid off. Joe Biden somehow “won” 81 million votes and now the US has a dementia-ridden puppet for the radical left sitting in the White House.

If anyone thought the 2020 election was a one-time deal, they’d better think again. Democrats are plotting all new ways to steal upcoming elections and/or prevent Trump from running altogether, despite states taking unprecedented action to protect elections.

All of this is why MyPillow CEO Mike Lindell is still fighting hard to expose the left’s election-stealing agenda and the truth about 2020. He held a days-long summit in Springfield, Missouri, called “The Moment of Truth Summit,” regarding election integrity and how America is responding to the 2020 debacle.

During the event, Lindell appeared on stage with former Trump lawyer, Jenna Ellis, who said she has given House Speaker Nancy Pelosi’s Jan. 6 sham committee 9,000 pages of affidavits from poll workers, poll watchers, election officials and others in which they describe their encounters with inappropriate election procedures and events.

Of course, we all know the Jan. 6 Committee is not going to investigate the stolen election. They’re too busy trying to silence anyone who questions the election despite the overwhelming evidence of major issues that impacted the election.

Pelosi’s committee is only accepting evidence that supports the left’s narrative and are anti-Trump.

Ellis said, “They won’t let me come there. They don’t want to hear these things.”

Lindell was also joined by Rep. Marjorie Taylor Greene (R-GA), according to the Springfield News-Leader, which also slammed Lindell as an “election conspiracy theorist.”

“The Georgia Republican took the stage on the second day of the event, which brought attendees from across the U.S., most of them from outside Missouri, to the Springfield Expo Center.”

She said, “The reason why I came here is I’ve recently gotten really tired of being told ‘Marjorie, don’t talk about the election.’ You have poured money and time you didn’t have, of course money you didn’t have. You have probably lost friends, maybe you lost a job. Maybe you’ve lost faith at times, but you found it again and you keep fighting.”

Many of the speakers took issue with the establishment media and social media giants for refusing to report on the evidence from the 2020 election and instead blindly taking up the narrative that the election was totally secure and that Trump is a “conspiracy theorist.”

During the summit, Lindell suggested that the only thing stopping Americans from being outraged is because the media routinely downplays and denies what happened.

“The only way this weekend fails is if nobody watches,” he said in regards to the summit.

Lindell even had some of the people on the frontlines of the election speak at the summit who told their stories and explained how they urged county clerks and others to audit the results in the name of transparency but were ignored.

The leftist mainstream media has made a habit of calling anyone who questions the 2020 election an “election-denier” which should be all the proof we need that they are biased and refusing to tell the truth.

Lindell is still fighting the good fight and so are many, many freedom-loving Americans.

We cannot forget about what happened in 2020 lest it happen again.