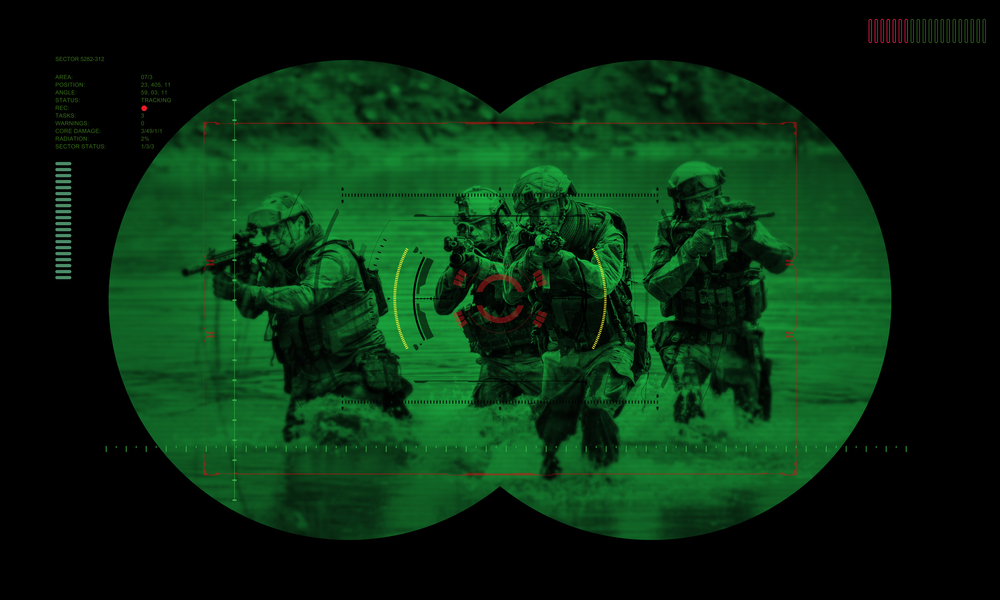 (Right Country) – There is currently a growing number of U.S. Navy SEALs who are seeking religious exemptions for the current COVID-19 vaccine mandate put out by the Defense Department. These individuals are finding themselves being threatened and in a few cases actually harassed into caving in and getting the shots.

According to a new report from Fox News, a brand new series of directives put out by the Navy are promising some very harsh punishments, including demotions, a ban on travel for SEALs and a cut in pay, for anyone in the Navy who refuses to comply with the vaccine mandate.

The same report reveals that for many SEALs, the process of getting approved for a religious exemption waiver is almost impossible. Which isn’t surprising at all. This is how the government forces all of us to comply. Make life extremely difficult until things reach a point that you have to choose between your sanity and getting the jab.

First Liberty Institute’s general counsel Michael Berry, who is also a Lt. Col. U.S. Marine Corps Reserve, is representing 34 active-duty SEALs, along with two reservists. Berry went on to tell Fox News that the new directives are illegal and infringe on a person’s First Amendment freedoms.

“Purging our military of its elite servicemembers is detrimental to national security. Doing so because the Commander in Chief refuses to accommodate their religious convictions is abhorrent to the Constitution. Their years of experience and leadership in service to our nation is immeasurable and irreplaceable,” Berry said when speaking with Fox News.

“Remove a SEAL from special warfare, reduce his salary, and force him to repay his training is purely vindictive and punitive. And it’s illegal. They have nothing to do with a virus.” Berry’s clients have a combined more than 350 years of military service and more than 100 combat deployments,” Berry stated.

“A new directive by the Navy’s COVID Consolidated Disposition Authority (CCDA) issued Thursday states that if SEALs decline the vaccine, the Navy may seek to recover from each individual SEAL the money the government has spent on training them. For an individual SEAL, the training costs alone is estimated to amount to several million dollars,” the report noted.

“The CCDA may seek recoupment of applicable bonuses, special and incentive pays, and the cost of training and education for service members refusing the vaccine,” the document said.

On October 6, the Navy issued a new directive that banned all official and non-official travel for those who were not vaccinated, along with spouses and dependents.

A Navy Commander joins Tucker Carlson to discuss his opposition to vaccine mandates for the military. pic.twitter.com/DpnXn53F4z

Another internal document that was obtained and reviewed by Fox News says that SEALs, as special operations duty personnel, who refuse to obey the mandate and be vaccinated based on religious or personal beliefs, will then be “disqualified” from special operations duty. Essentially, this means that if a Navy SEAL is trying to get a religious exemption or one based on personal beliefs, that individual would then lose their “special warfare” pay. This rule does not apply to those SEALs who are seeking out a medical objection to the jab.

“The Navy told service members on Thursday that Nov. 14 is the deadline for active-duty sailors to get either their second shot of a two-dose vaccine or the single shot of a one-dose vaccine. Reservists have until Dec. 14,” Fox News said, adding, “One incident of harassment by a supervisorial officer toward a SEAL who stated his religious objections to the vaccine appears to contradict the Navy’s official statement that all service members are able to seek exemptions from the mandate if desired.”

“According to a source familiar, when one SEAL informed his commander that he was planning to seek a religious exemption, the officer said that he would have to give up his Special Warfare pin, also known as a “Trident.” If a SEAL loses the privilege of wearing a Trident, he or she is removed from the SEAL community completely and sent back to be a regular sailor, despite in some cases, years of hard earned special operator status,” the report continued.

Lt. Cdr. Patricia Kreuzberger spoke with Fox News and stated that although she could not speak specifically on matters that are currently impacting the SEALs, service members are entitled to seek out the religious exemptions for the vaccine mandate.

“Mandatory vaccination for our service members is a lawful order that maximizes our operational effectiveness. To be world-wide deployable, Naval personnel must be medically qualified which includes being up-to-date on required vaccinations. Servicemembers are entitled to seek religious exemptions and those requests will be considered in keeping with current Navy policy,” she said.

She then went on to say that the Navy has been going over service members’ filed religious exemptions to the mandate on a “case-by-case” basis. Kreuzberger would not provide further details concerning the number of exemptions that have been filed, rejected, or approved by the United States military.

In a press release put out last Thursday, the Navy revealed that 98 percent of active-duty members have now met the “readiness responsibility” by either starting or completing the vaccination process.

“SEALs have invested their lives into serving this nation, dedicating years of their lives and millions of taxpayer dollars in training to be the most elite fighting force on the face of the earth. Yet, the Commander in Chief would simply kick them out of the Navy, send them to jail, and force them to repay the nation for their training—all for simply declining a vaccine,” Berry explained.

A report from Gateway Pundit has also revealed that the U.S. Navy Secretary serving under Defense Secretary Lloyd Austin is threatening to make Navy SEALs pay back the cost of their training if they do not get vaccinated.

“Policy. In order to maximize readiness, it is the policy goal of the U.S. Navy to achieve a fully vaccinated force against the persistent and lethal threat of COVID-19,” the memo from the U.S. Navy stated.

“7.a. and 7.b. The Vice Chief of Naval Operations retains authority for non-judicial punishment and courts-martial. Involuntary extension of enlistments is not authorized on the basis of administrative or disciplinary action for vaccination refusal. The CCDA may seek recoupment of applicable bonuses, special and incentive pays, and the cost of training and education for service members refusing the vaccine,” the memo read.

This is a political purge.

“A new directive by the Navy’s COVID Consolidated Disposition Authority (CCDA) issued yesterday states that if SEALs decline the vaccine, the Navy may seek to recover from each individual SEAL the money the government has spent on training them.”

Folks, the government has now proven it does not care at all about the individuals who serve in the military and put their lives on the line to make our nation and the world a safer place to live. This is classic leftism. Shameful to the core.