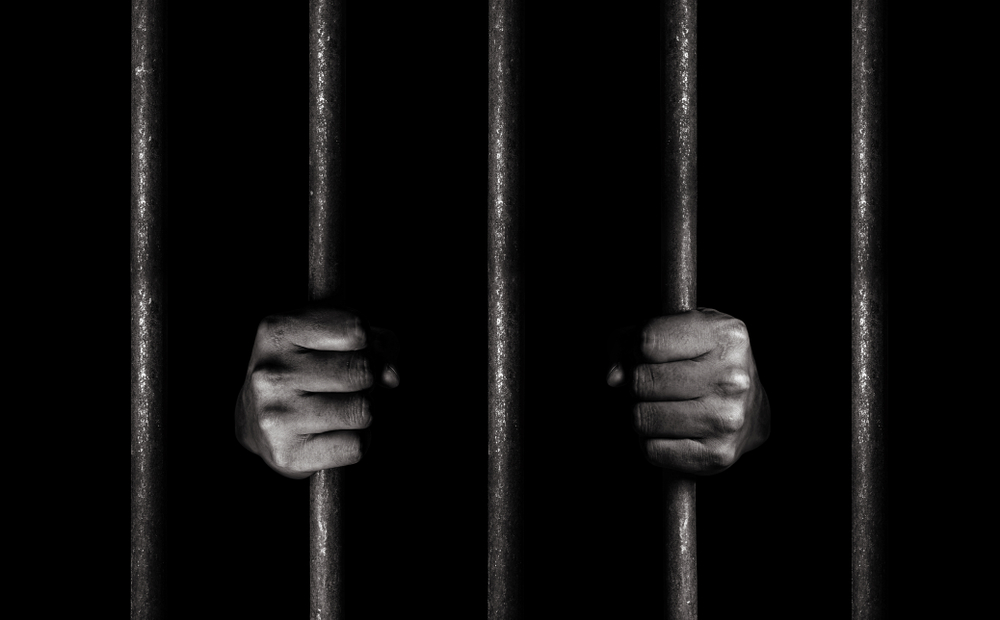 (TeaParty.org Exclusive) – The first person convicted in the Jan. 6, 2021, Capitol incident was sentenced on Monday and it’s just the first in what will likely be a series of harsh punishments for American patriots.

Proving that there is, indeed, a two-tier system of justice, US District Judge Dabney Friedrich sentenced Guy Reffitt, an oil-field worker from Wylie, Texas, to seven years and three months in prison, according to Yahoo News.

Reffitt’s sentence is the longest sentence to be imposed on a Jan. 6 defendant to date and the most shocking part is that Reffitt never even stepped foot in the Capitol building on Jan. 6.

In addition to the prison time, he was ordered to pay $2,000 in restitution and undergo mental health treatment, as reported by The New York Times.

According to the establishment media, Reffitt was a member of a “far-right” group called the Three Percenters militia.

The Anti-Defamation League defines the organization’s mission as “a small number of dedicated ‘patriots’ protecting Americans from government tyranny, just as the patriots of the American Revolution protected early Americans from British tyranny.”

The group’s website declared, “We stand for freedom, liberty, and the Constitution. We will combat all those who are corrupt. We are America’s insurance policy. We will not see our republic fall. We are everywhere. We are the three percent.”

Reffitt was convicted in March on five felony charges including “obstructing Congress’s certification of the 2020 presidential election, carrying a .40-caliber pistol during the riot and two counts of civil disorder,” the Times reported.

<imgsrc=”” alt=”🚨” class=”wp-smiley” style=”height: 1em; max-height: 1em;”> SENTENCE: U.S. District Judge Dabney Friedrich orders Guy Reffitt to serve 87 months in prison, to be followed by 3 years of supervised release. Warns if he violates terms she will send him back to prison for up to maximum term. $2,000 in restitution. pic.twitter.com/IGZjxFqoXb

Federal guidelines called for much longer sentence of 9 to 11 years and prosecutors even attempted to request a “terrorism enhancement” which is sometimes applied to domestic terrorism cases. The prosecution wanted Reffitt to serve 15 years in prison for his participation in the events that transpired on Jan. 6, when he did not even enter the Capitol.

According to Assistant US Attorneys Jeffrey Nestler and Risa Berkower, Reffitt was a “key instigator in the attack.” It was reported that he had been “armed with a handgun, body armor and zip ties” and “cleared the way for others to breach the building.”

In their sentencing memo, the prosecutors wrote that Reffitt “sought not just to stop Congress, but also to physically attack, remove, and replace the legislators who were serving in Congress.” His behavior, they claimed, was “a quintessential example of an intent to both influence and retaliate against government conduct through intimidation or coercion.”

Fortunately for Reffitt, Friedrich denied the terrorism enhancement, saying it would result in “unwarranted sentencing disparity” with other Jan. 6 cases.

Before handing down her sentence, she said, “There are a lot of cases where defendants possessed weapons or committed very violent assaults. … The government is asking for a sentence that is three times as long as any other defendant, and the defendant did not assault an officer.”

Reffitt told the court, “I did want to definitely make an apology, multiple apologies, really, and accept my responsibility because I do hate what I did.”

The judge asked him if he agreed he’d engaged in unlawful activity. Reffitt replied, “I clearly f***ed up.”

Friedrich responded, “I can’t help but wonder, whether like many other Jan. 6 defendants, I’m hearing what I’d like to hear from you as opposed to what you really believe.”

Reffitt has been in federal prison since he was arrested in January 2021. He did not testify during his trial.

Despite his sentencing being well below the federal guidelines, it’s still more than three times longer than the average sentence given to defendants who were involved in the violent George Floyd riots that took place during 2020.

Same DOJ that wanted terror enhancement against a J6er who never entered the building and assaulted no one “settled” claims filed by BLM protesters outside the White House in 2020 and demanded new policies for police.

Can’t make it up, folks. https://t.co/OHcKRvuG2B

According to an August 2021 report by The Associated Press, more than 120 defendants had either pleaded guilty or had been convicted for “federal crimes including rioting, arson and conspiracy.” The average sentence for the approximately 70 defendants who’d been sentenced at that time was just 27 months, and “at least 10 received prison terms of five years or more,” the report said.

Apparently, attacking US cities, private citizens, and small businesses is not that big of a deal. The message is clear: if you try to rise up, the federal government will destroy you.

No matter how corrupt the federal government gets, Americans are just supposed to sit back and swallow it. The whole point of the Second Amendment is a provision for Americans to defend themselves against a corrupt, overly powerful federal government.

It’s no wonder the Biden regime is fighting so hard to destroy our Second Amendment rights.