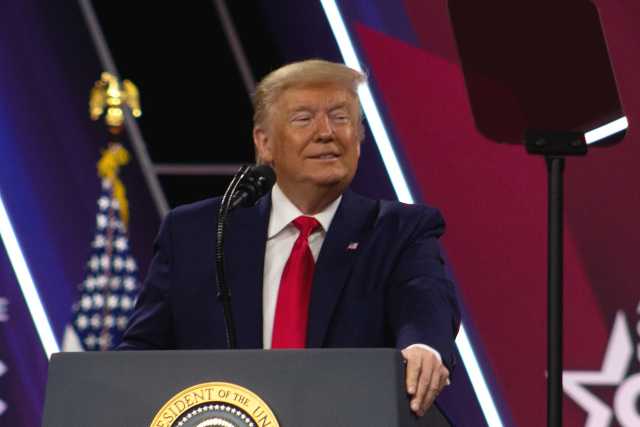 That is not a comment someone makes lightly, folks, so if he is worried about that, then there must be a reason, right?

According to a report from Mediaite, Trump’s Florida home was raided on Monday morning, allegedly in connection with some documents that were not handed over to the National Archives by Trump before he left the White House. A report from the NY Times stated there were a total of 15 boxes that contained classified documents taken by the FBI agents who raided Trump’s office and proceeded to break into his safe.

“Trump’s daughter-in-law Lara Trump told Fox News the former president was aware of the raid and why. She added that he took memorabilia from his time in office which he rightly owned. She said he had been negotiating the return of some of the material,” the report said.

The Justice Department, as of this writing, has yet to comment publicly concerning the raid, though Kerik went on to claim during an interview on Newsmax TV that he’s concerned about Trump’s life.

Kerik made an appearance on “The Balance” with host Eric Bolling where he went on to say that he feels Trump’s life is in serious danger, not just from the threat of political persecution, but from actual death.

“If you remember back in 2016, right before he got elected, I was in Washington D.C. I was at a couple of different social events, and I hear people talking, they said the Democrats want this guy so bad that they wouldn’t put assassination behind it. And I’m gonna tell you something. They’ve tried impeachment, they’ve tried another impeachment, they’ve tried one investigation after another,” Kerik stated during the interview.

“This is about one thing: this is about stopping him from running in 2024. And I’m gonna tell you something, I’m not into conspiracies, I’m not into anti-government rhetoric. This is the first time in my lifetime that I would say I am deathly afraid for Donald Trump. I would not put assassination behind these people,” he continued.

Trump himself weighed in on the raid calling it a “weaponization of the Justice System” in a statement put out on his social media network Truth Social.

“These are dark times for our Nation, as my beautiful home, Mar-A-Lago in Palm Beach, Florida, is currently under siege, raided, and occupied by a large group of FBI agents,” Trump commented in his statement. “Nothing like this has ever happened to a President of the United States before.”

According to WND, President Trump then said, “After working and cooperating with the relevant Government agencies, this unannounced raid on my home was not necessary or appropriate. It is prosecutorial misconduct, the weaponization of the Justice System, and an attack by Radical Left Democrats who desperately don’t want me to run for President in 2024, especially based on recent polls, and who will likewise do anything to stop Republicans and Conservatives in the upcoming Midterm Elections.”

The president then said that this kind of an assault could only take place in broken, Third-World Countries.”

“Sadly, America has now become one of those Countries, corrupt at a level not seen before,” Trump remarked.

“They were not being judicious about what they took,” the source tells Fox News.

After todays raid on Mar A Lago what do you think the left plans to use those 87,000 new IRS agents for?

Trump then discussed how an FBI agent broke into his safe.

“What is the difference between this and Watergate, where operatives broke into the Democrat National Committee?” he went on to ask. “Here, in reverse, Democrats broke into the home of the 45th President of the United States.”

According to a report from Fox, Trump was in New York City as the raid was being carried out. A source within the FBI went on to confirm that agents from D.C., were the ones who conducted the raid.

And yet, we’ve not seen any sort of raid on Hunter Biden despite his laptop clearly indicating he was involved in corrupt business dealings where he sold access to then-vice president Joe Biden? Yeah that smacks of bias, don’t you agree?