Doctor Drops Bombshell: “The Whole Pandemic Was A TROJAN HORSE For Vaccines — Fauci Is The Epitome Of Evil.” 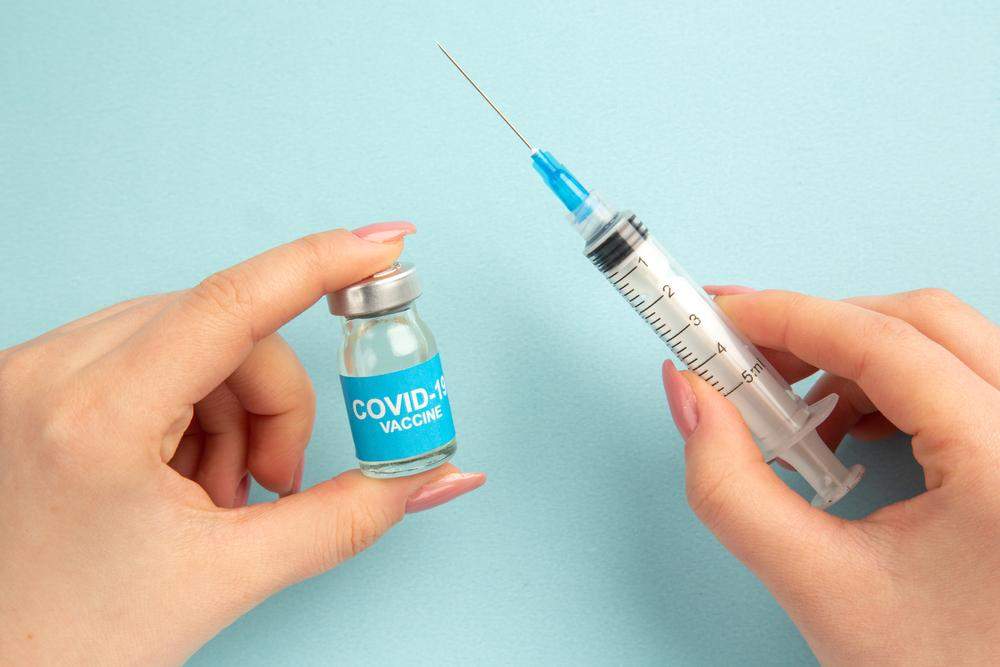 (Right Country) – COVID-19 frontline doctor from Houston, Dr. Stella Immanuel, thinks that the whole “pandemic” is nothing more than a “Trojan Horse” for vaccines that have been designed by Bill Gates to depopulate the earth.

According to a recent report from the Gateway Pundit, Dr. Stella ended up going viral after speaking the truth about Hydroxychloroquine and her continuing fight against the establishment that is trying desperately to avoid talking about treatment for the illness and is instead pushing experimental vaccines.

Earlier in the month, a GP correspondent managed to catch up with Dr. Stella in Tulsa, Oklahoma where they had a serious discussion about vaccine mandates.

“I actually think that the whole pandemic was a Trojan Horse for vaccines. COVID, from day one, I’ve always said it, it’s completely treatable, and it’s completely preventable, And there is no reason for you to be giving a vaccine for a disease that’s completely treatable, and completely preventable. And on top of that, the death rate of COVID is not that high. So, we need to wake up and realize that these mandates, the vaccines, and everything is taking us right into the book of Revelations where you cannot buy or sell without taking the vax. I tell people my big mantra right now is, get prevention, early treatment, if you get sick, sick, sick and end up in the hospital, don’t be afraid, because you know that it’s a transition. If you’re, if you’re a child of God, if you’re a Christian, you should not be afraid to die, first of all. So the reason why they can cage us is we’re all so scared. So I said, you know, die saved and die human. And don’t allow yourself to be genetically modified. These things are no vaccine, they are gene therapy. And if you listen to Dr. Kerry Madej, she actually looked into the microscope and look at some of this vaccine. The stuff she sees in them is horrible. So, we are in a really crazy situation right now where human beings are basically being genetically modified. They want to download our minds connect us on the internet of things. If you listen to somebody like Charles Morgan, or Amy Cruz, that used to work for DARPA, right. And right now, she works at the Platypus Institute which is like human enhancement…” Dr. Stell replied.

“Get Hydroxychloroquine, get Ivermectin, you can go to our website, Drstellamd.com and get hydroxychloroquine or Ivermectin. You can get vitamins. Keep yourself healthy and realize that this whole thing, all of this whole vaccination and everything COVID And everything is a Trojan Horse for vaccines. They want to scare 7 billion people, and they want all of us to get jabbed, they want all of us to get corrupted. And the good news is the end time is Jesus might be coming soon. And at the end of the day, Jesus wins,” she went on to say.

Conradson then went on to ask, “So Fauci and the CDC they are trying to cover up the efficacy of these drugs, these actual treatments for COVID-19. What do you think of them, do you think they’re killing people?”

“I think they’re evil. I don’t think they’re even human. Because you cannot be a human, and be that evil. When we talk about evil Fauci’s an epitome of evil. If you know what Fauci did in the days of, AIDS. The things that Fauci does, Fauci is the epitome of evil. And you know what, the good news about it is, at the end of the day, all of us are going to have a creator, that judges,” Immanuel responded.

“So where do you think is this a big Pharma of money scam?” Conradson followed up.

Immanuel then said she believes this is deeper than money. Conradson goes on to ask her if she thinks this has something to do with depopulation.

“Depopulation. Bill Gates had a video, that said that if you do good vaccines, they can cut down the world’s population by 10 to 15%. Bill Gates has done a lot of atrocities in India in Africa and everything. If somebody tells you they want to depopulate the world with 15% with vaccines. Why would you let them sponsor a vaccine? And Bill Gates’ hands are in every vaccine. And then of course we talk about the whole Mark of the Beast, 666 thing. The Moderna vaccine has luciferase. Bill Gates tracking system is 0202666, the one that they are trying to pass into Congress is HR 060606. What else has to happen before people start thinking “Maybe the name of the Beast, the Number of the Beast is being released?” And it is just going to be a matter of time for the Mark to take over. I tell people get Hydroxychloroquine for prevention, Ivermectin. Get treated early. Give your life to Christ,” Immanuel explained.

Back in 2010, while Bill Gates was doing a TED Talk, he stated that through new vaccines, health care, and reproductive health services, we can lower the world’s population growth by 10 to 15 percent.

Is this the reason why they are working so hard to suppress real life-saving treatments for COVID-19, such as Hydroxychloroquine and Ivermectin? Wouldn’t be surprising in the least, given the ideology of progressivism. Just look into its core beliefs for yourself. It’s terrifying.

Back in July of 2020, Facebook actually helped aid in the suppression of the truth about these potential treatments during a frontline doctors’ presser in the nation’s capital.