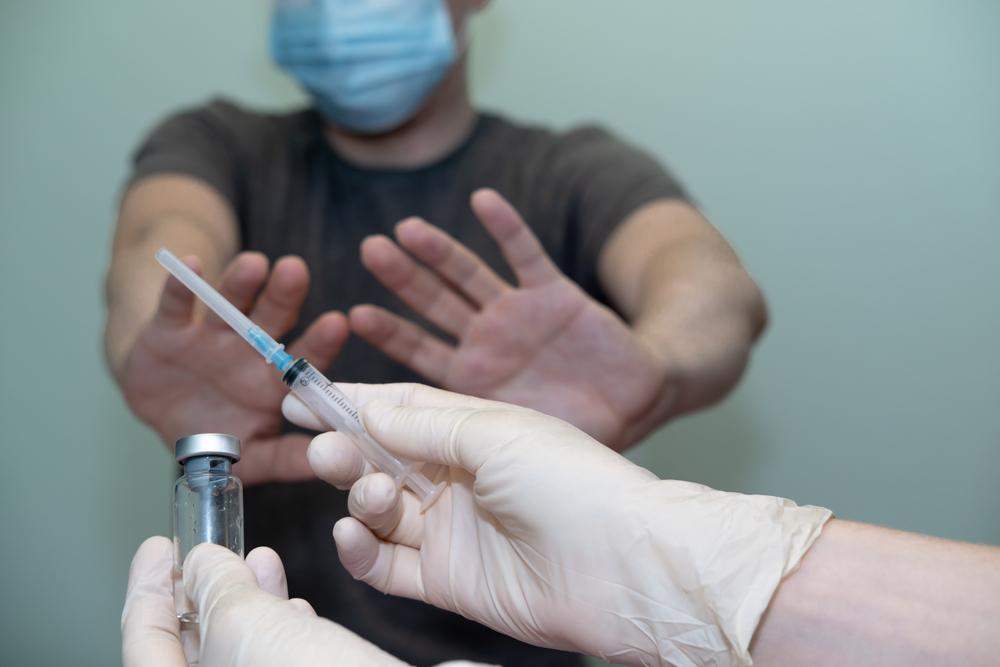 – Once again, Dr. Anthony Fauci, a man who has grown addicted to being in the spotlight after all of the media attention he received during the thick of the coronavirus pandemic, is putting out a dire warning over COVID-19, stating in an interview conducted on Tuesday that any person who is not up to date on taking all of their vaccines will “get into trouble” over the course of the fall and winter.

Gee, it’s funny to me that the vast majority of folks I know have had COVID, some of them several times, and survived it all with zero issues, none of them vaccinated. Hmm. That doesn’t seem to line up with what Fauci is stating here. Nor does the vast majority of the data that exists out there concerning the efficacy of the COVID vaccine.

“If they don’t get vaccinated or they don’t get boosted, they’re going to get into trouble,” Fauci went on to say during his interview with Los Angeles radio station KNX-AM.

According to The Western Journal, a very large swath of the United States population is currently not up to date concerning their coronavirus vaccines. I bet a lot of that has to do with the fact that during the omicron wave, everyone and their mother’s brother’s cousin’s best friend’s uncle caught the virus whether they were vaccinated or not. Since it doesn’t seem to be all that effective at stopping the virus, why bother?

“The Kaiser Family Foundation found that as of July 21, 227.8 million Americans either had not received a primary series of shots or had not gotten a booster dose. That is about 70 percent of the population,” the report said.

According to data culled from the Centers for Disease Control and Prevention, 107,924,198 Americans received the first booster. That is about 48 percent of vaccinated individuals.

The number of Americans who took the second booster is even lower.

“The CDC recommends that people over the age of 50 receive the second booster. Only 19,935,913 members of that demographic — about 31 percent — have done so,” the Western Journal reported.

During the interview on Tuesday, Fauci called the overall vaccination and booster rates “quite discouraging.”

Well, maybe create a vaccine that doesn’t come with a list of side effects far worse than the symptoms suffered by the illness that actually works to prevent infection, which is what a vaccine is supposed to do, historically speaking, and maybe people will take it.

“If you want to get your arms around — metaphorically, as it were — the outbreak, you want to get as many people in our community — and by community I mean our nation and the world — vaccinated and boosted so you don’t give this virus such ample opportunity to freely circulate,” Fauci babbled.

The doctor then went on to insist the only way we can get this virus under control and prevent it from mutating is for every person to be vaccinated.

He then pushed even harder, saying that being vaccinated and boosted is a “communal responsibility.”

“People say, ‘Well, the risk to me is low, so why get it?’ It is about you as an individual, but it’s also about the communal responsibility to get this outbreak under control,” he said.

The left continues to push the vaccine down our throats, harder and harder, don’t they? It almost makes you wonder what the real reason is for them being so desperate to see every single person take this vaccine.

Especially when you see how ineffective it is at actually stopping the spread of the illness. The reason folks aren’t continuing to get their shots is because they are aware of the con happening here, even if they don’t know or understand what the ultimate goal might be.