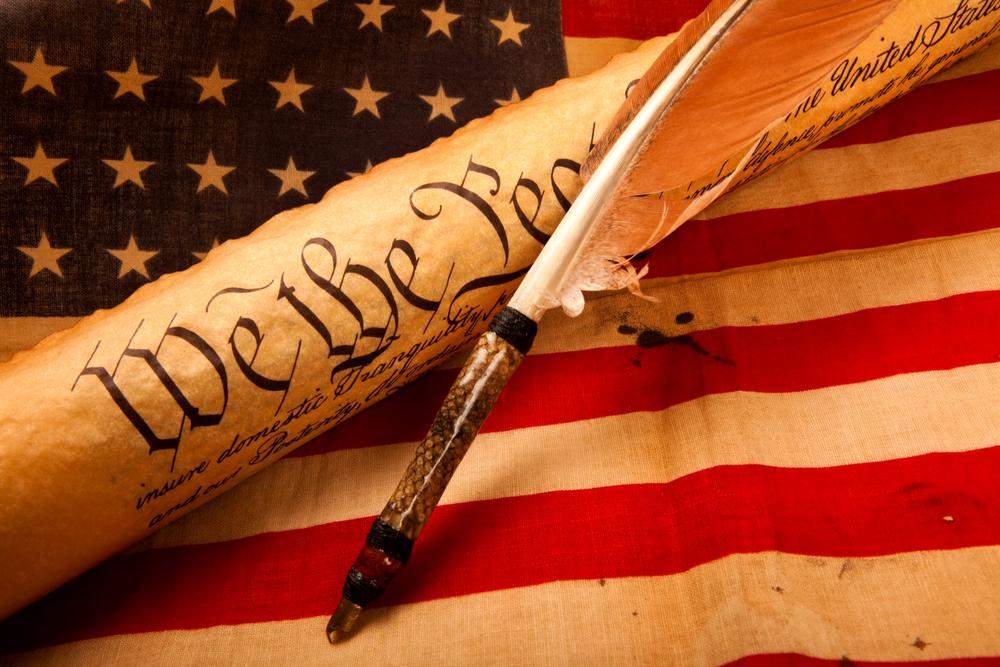 (Right Country) – Things are definitely heating up here in the United States. A new report from the Gateway Pundit has revealed that Arizona State Sen. Wendy Rogers has drafted a “New Declaration of Independence,” which makes the call for a nationwide full forensic audit and decertification of electors where appropriate, along with a possible U.S. House Session to address the fraudulent 2020 presidential election.

Just a few weeks ago, Rogers announced a total of 92 legislators from 31 states had signed on and supported the move.

“BREAKING: 138 Legislators from 38 States Write a Letter to the American People Calling for a 50-State Audit, Decertification Where Appropriate, and Possible Convening of the US House of Representatives,” Rogers posted up in a tweet.

The new declaration starts off by saying, “We the undersigned state legislators of the United States are vested with the plenary power by our US Constitution (Article 2 Section 1 Clause 2) to oversee the election of the president of the United States.”

BREAKING: 138 Legislators from 38 States Write a Letter to the American People Calling for a 50-State Audit, Decertification Where Appropriate, and Possible Convening of the US House of Representatives pic.twitter.com/ksv1OiEW9C

92 Legislators from Multiple States Write a Letter to the American People Calling for a 50-State Audit, Decertification Where Appropriate, and Possible Convening of the US House of Representatives pic.twitter.com/A6EztSR2L1

BREAKING: Sen. Wendy Rogers unveils letter signed by 41 state legislators from across the country calling for forensic audits in each state, and urging their states to decertify the 2020 election if their audit results mirror those in Arizona. pic.twitter.com/Fd7mytHLX5

“It has come to our attention from an audit of 2.1 million ballots in Arizona complemented by an in-depth canvass of votes in Arizona, as well as through multiple different data reviews of voting by independent experts; that our representative republic suffered a corrupted 2020 election,” the document says.

“In addition to Arizona, sworn affidavits have accumulated from many states detailing rampant corruption and mismanagement in the election process. Fraud and inaccuracies have already been shown through multiple audits and canvasses in multiple states, as well as through lawsuits challenging the validity of election results in several counties in multiple states,” the document adds.

It then goes on to say, “We have come to the conclusion that all 50 states need to be forensically audited. Voter rolls should be scrubbed with a canvass of the voters to ensure future integrity of our elections.”

“If results from these measures prove an inaccurate election was held, as has been shown in Arizona, and is being shown in many other states; then it is clear that certification of many electors was improperly rendered in January 2021 of the November 2020 United States presidential election,” the document stated.

“We call on each state to decertify its electors where it has been shown the elections were certified prematurely and inaccurately,” it said, adding, “If it is shown that either Joe Biden would receive fewer than 270 tallied electoral votes, or Donald Trump would receive more than 270 electoral votes, then we call for the US House of Representatives to convene and vote per the US Constitution by means of one vote per state to decide the rightful winner of the election in accordance with the constitutional process of choosing electors,” the declaration says.

It then says, “This is our historic obligation to restore the election integrity of the vote as the bedrock of our constitutional republic.”

This is absolutely needed right now. Conservatives at all levels of government need to come together and fight for the common cause of free and fair elections. Without being able to have free and fair elections, we the people cannot choose the direction our nation takes. It is then impossible to preserve liberty.

Let’s hope more folks sign on and the whole country backs this movement.